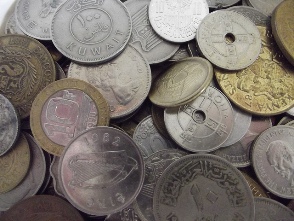 Whether you are an avid coin collector or just someone who likes to avoid in old coins the way some others invest in minerals or oil there are a few coins in the world that stand out as being the best of the best.

Some of these are simply massively valuable and should be stored in a bank vault if were somehow able to get your hands on them. Others are a part of history that could be stored simply for the sentimental value. Without further ado, here are the top ten coins of the world. 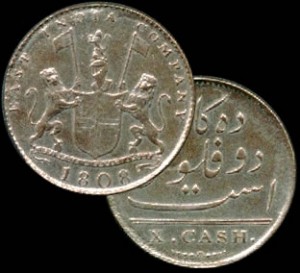 The Sunken Treasure coin is not among the most valuable in the world but it does carry some dollar value. This particular coin was found on the wreck of Admiral Gardner. The coin was minted in 1808 by the East India Company. 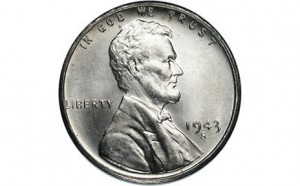 This particular coin has quite a bit of history. Minted during World War II, this silver penny was made out of the precious metal because the country needed to devote copper to more important things than the least valuable coin. If you have any of these silver pennies, make sure you display them in the proper containers so tarnish doesn’t become an issue. 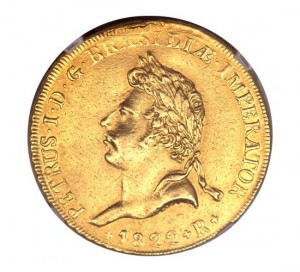 This Brazilian coin was struck in the 19th century to commemorate the coronation of Pedro I. The Brazilian ruler was widely known as the man who brought Brazil to greatness. The coin recently brought as much as $138,000 in a recent auction. 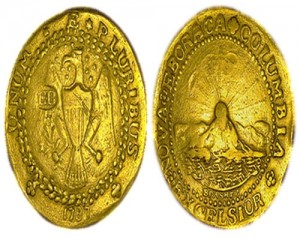 This is another coin that ranks as some of the most expensive in the world. This coin was produced in 1787 by Ephraim Brasher. What makes this particular coin so valuable is that there simply weren’t as many of this particular kind of coin made. One of these coins recently sold for more than $2.4 milion. 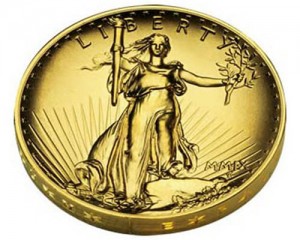 This coin was originally put out as a $20 gold coin minted between 1907 and 1933. The coin is said to be one of the most beautiful the United States ever put out and it shows that not all of the world’s coins need to be all that old. Some say the coin is valued somewhere around $3 million. 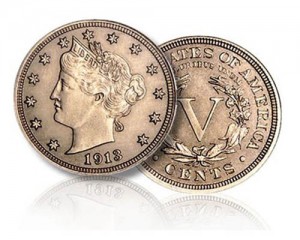 One of the more rare coins in the world, there are just a handful of these still in existence. There is actually a dispute as to how many are actually still out there, either five or six and because of the low amount still out there, these coins are valued in the neighborhood of $3.7 million. 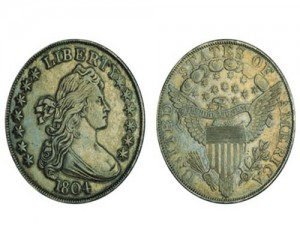 This particular silver dollar was minted in 1834 and there are very few that are still out there. The coin is said to be plenty valuable thanks to its rarity and a recent auction saw one of these sell for more than $3.7 million. Quite a few collectors have spent a pretty penny on these, one of the top coins in the world. 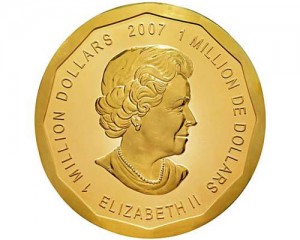 This is supposedly the largest coin that has even been produced and the value is certainly aided by the fact that the face value alone was $1 million. The coin is also the youngest of any on the list as it was struck in 2007. The Royal Canadian Mint made this gold coin with 99.999 percent purity which makes it the purest on the market. Auctions saw the coin sell for about four times its face value. 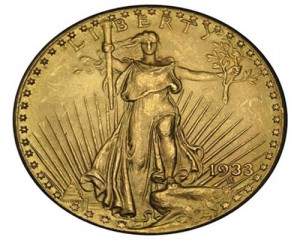 Easily one of the most valuable coins in the entire world. While more than 445,000 of this coin were minted in 1933, most were eventually melted down, and now the remaining coins are auctioning for more than $7 million. 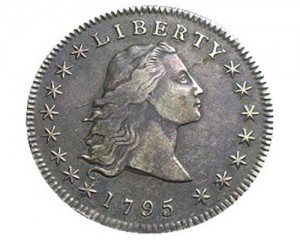 This is considered the most valuable coin in the world as it sold in a 2007 auction for almost $8 million. The coin was minted in 1794 and is one of the rarest in the entire world.