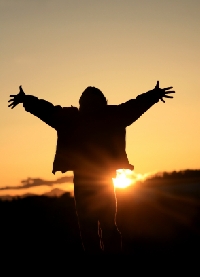 These symbols of peace are known around the world.

Throughout history, there have been many different symbols of peace that make their way to forefront during times of political, social or national unrest. It is comforting for those inside a struggle to be able to look to and lift up symbols of what they hope to achieve, giving those around them encouragement to keep going. Some of the most famous symbols of peace are below.

Stemming from the Judeo-Christian tradition, a dove and olive branch stands for the hope of peace for the future. This symbol of peace comes from the Hebrew Bible story of the Great Flood, when God sent rain on the earth for 40 days and nights. After the flood receded, Noah sent out a dove to find out if there was dry land. When the dove returned carrying an olive branch, Noah knew that it was time to begin leaving the Ark. A dove and olive branch is also the symbol behind the phrase extending an olive branch, which means hoping for a peaceful conclusion to a conflict.

Shalom and Salaam: These two Hebrew and Arabic words respectively have come to be symbols of peace especially in the troublesome Middle East. Signs with these two words appear across the region as a call to the end of the Israeli-Palestinian Conflict. Even Americans who know no other Hebrew words usually know that Shalom means peace.

Depending on the colors used a peace flag can be country-specific or universal. Its colors vary, but it always has the word peace clearly written on it. In the months following the United States’ war with Iraq the peace flag became widespread in Italy, flying in from the balconies of people who were strongly against the war. It quickly appeared in other countries with each nation’s word for peace written across the front. The rainbow peace flag is also used to symbolize the gay and lesbian community’s strive for peace with mainstream society.

Everyone has seen this hand sign: palm facing outward with all fingers closed except for the middle and index finger. It used to be the sign for victory after WWII but developed into one of the most recognized symbols of peace during the protests against the Vietnam War, when hippies used it to signify peace and love. In fact, many hippies used it as a universal greeting with one another. Protesters of the conflicts around the world today often use the V-sign during anti-war marches.

Many people who long for peace use this symbol to relay their wishes for an end to conflict. It is actually a combination of the semaphoric signals for N and D which originally stood for the words nuclear disarmament. The importance of the forked peace symbol first was established during the push for Britain’s nuclear disarmament in 1958. Its popularity in the United States began in 1960 when a college student first brought home a bag of buttons with the symbols and encouraged the Student Peace Union to adopt it as its official symbol.

No matter which of these symbols of peace speak most clearly to you, having a few of them around on a flag, t-shirt or poster serves as a great reminder to everyone around you that you value the tradition of peace. Choose one that captures your imagination and spirit and try making it a symbol for you as well as for the idea of peace.