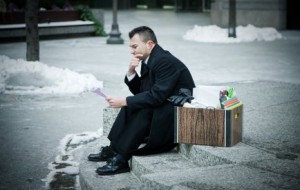 You’re not sure what happened. One minute you were starting your first day on the job. But just a few hours later, you were unemployed again. What went wrong?

We have a few ideas. See if you were guilty of any of these major fail moves on day one of your new (and very temporary) job.

10. Told the customers to shop somewhere else 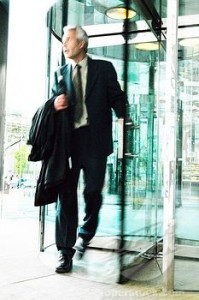 It may not have been covered in orientation, but unless you work for Nordstrom which actually approves of this kind of thing (in the name of customer service), it was probably a bad idea to tell the customers the competition had better service, lower prices or superior products. Double no-no points if you did it without taking your eyes off the book you were reading or your current game of “Angry Birds.”

9. Introduced everyone to your religious or political views

Of course it’s good to have strong values. But handing out your manifesto in the lunch room? Score extra demerits if you were standing on a chair at the time or if you used a bullhorn.

8. Showed up for work nude 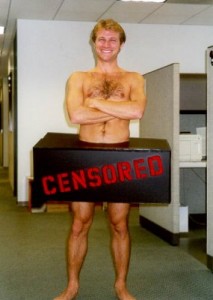 OK, so a chain of body care stores in the UK got some major publicity from this stunt. But they’re almost European, and that sort of thing is better tolerated there. Here, most employers expect their employees to show up more or less covered up. Just sayin’ … 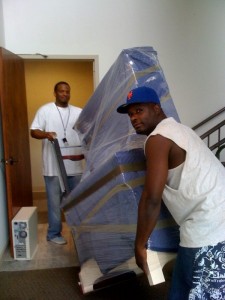 Maybe the desk would look better over by the window. And those executive office bookshelves might have needed some organization. But did you have to call in a crew to do it the first day on the job? 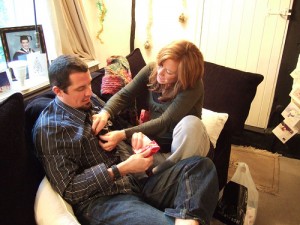 Repeat after me: “I will not touch the boss’s clothing. Ever.” This applies no matter how much you think that that shirt would look better tucked in, or a different belt would just set off the whole outfit. Got it? 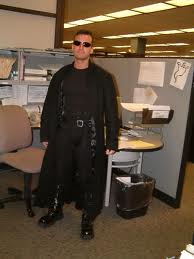 What were you thinking? If you pent the day trying to convince everyone they were in the Matrix, or on the Holodeck, you failed. You can’t expect to last past the first day on the job by pretending films or TV shows are real. Keeping a new job requires a solid grasp on reality. (By the way, did you happen to see a misplaced sonic screwdriver in the break room? The Doctor told me ask.)

4. Invited your friends in 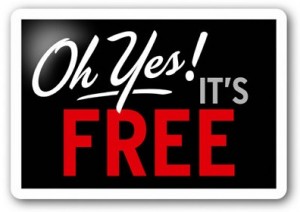 Especially if you told them everything is free. Of course your friends are important. But didn’t you think someone might notice when your entire fraternity showed up and you were holding the door as they emptied the shelves? Do you thing people on Wall Street or in our nation’s banks do things like that? Oh wait…never mind.

3. One for me, one for the register 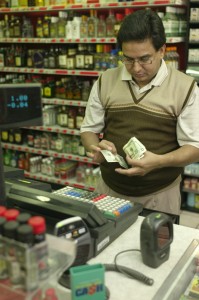 My guess would be that you did well in the sharing lessons in preschool. And while your sense of equality for all is admirable, odds are you’re going to find that your first day on the job will always be your last. Call them silly, but employers prefer to pay you what they choose. Go figure!

2. You burnt down the building 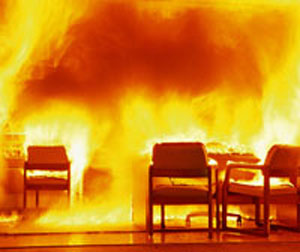 And yet, somehow, as you stood there amid the ashes and smoke of what once was a business, you couldn’t really look me in the eye and claim that were surprised by that pink slip, could you? You could?? You were? Oh my! 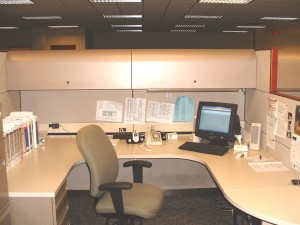 I know. You got the job, and to you that meant it was yours to use – or not. After all, if you buy a new car, no one gets upset if you don’t take it out for a spin right away.

A word of advice? Next time it’s your first day on the job, pay attention to the “on the job” bit, okay?

A final word or two.

The first day on a new job is always stressful. But if you managed to avoid these major disasters, give yourself a pat on the back, and look ahead. But don’t get too confident … there’s always tomorrow! And by the way, you might want to forget that sauerkraut and sardine casserole you were planning to reheat at lunch tomorrow …