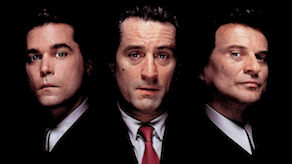 When you are craving an exciting film experience there’s nothing quite as satisfying as a well-produced, well-acted true crime drama.

In this guide to the Top Ten True Crime Films I will offer a few suggestions for your next movie experience that are sure to satisfy even the most discerning viewer.

Of all the movies made about the Manson family murders this 1976 made for tv film based on the book by prosecutor Vincent Bugilosi is by far the best. It is perfectly paced and well-acted with a minimal amount of gore, making it easy to watch and appropriate for most adolescent children.

Snowtown is a film from Australia based on the Snowtown murders, which occurred in the late 1990s in a working-class Adelaide suburb. This gripping tale of abuse, revenge and abuse blurs the line between victims, villains and heroes. Be forewarned that this film contains some jarring subject matter and viewer discretion is defiantly advised.

A classic from the golden age of hard-boiled crime dramas, the French connection is often listed as one of the best films of all time. While the story revolves around a fictional detective, it based on the real-life story of narcotics detectives in 1970s New York City working to stem the flow of heroin being smuggled in from France.

In Cold Blood is an adaptation of Truman Capote’s real-life chronical two drifters who commit a gruesome multiple murder after a robbery gone wrong. A slow burning thriller told in flashbacks, this movie is ideal for rainy days or a night spent alone with a bottle of red wine.

Summer of Sam is a film about how one of the serial killer’s murders affected one group of friends in 1977. John Leguizamo, Mia Sorvino and Adrien Broady all give more than ample performances in this contemplative look at the chaos that serial killers create in the lives they don’t take.

Silver screen legends Faye Dunaway and Warren Beatty star as the title couple in this dramatic reenactment of their infamous life crime. Beautify acted and well produced, this film has been a favorite of cinephiles and crime buffs for decades.

Dear Mr. Gacy is based on a book written by Jason Moss, a criminology student who corresponded with Gacy, as well as other serial killers, while writing a college thesis. This correspondence has a profound impact on both Moss and Gacy, even though Gacy is behind bars the destructive nature of his influence creeps into Moss’ life in the most unexpected ways.

Jake Gyllenhaal, Mark Ruffalo, and Robert Downy Jr. star in this historical drama about the Zodiac killer and the terror he brought to San Francisco in the late 60s and 70s. The story is told from the perspectives of reports, investigators and victims, which makes for a compelling and comprehensive view of this captivating real-life mystery.

Based on the memoir of a real-life mobster, this star-studded film brings the world of organized crime to life in an epic, sweeping fashion. The film’s cast includes such greats as Robert De Nirro, Joe Peschi and Lay Liota

Monster is the true story of serial killer Aileen Wuornos, a Florida sex worker turned serial killer. Charlize Theron stars as Wuornos and Christina Ricci co-stars as her romantic interest. This is a beautify shot, well-acted picture which paints a complicated picture of Wuornos’ life and the incidents surrounding her dark legacy.

This guide to the top ten true crime films you can’t stop watching should give you a few ideas of where to look the next time you are looking for an exciting and intriguing viewing experience.