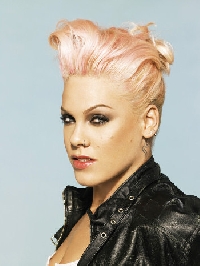 Why is it traditional to dress girls, particularly baby girls, in pink? Who came up with this idea?

What is the origin of pink for girls?

Pink wasn?t always the chosen color for girls. In fact, babies were dressed in gender neutral colors in the 19th century. According to Jo B. Paoletti, who is the author of Pink and Blue: Telling Girls From the Boys in America and a historian at the University of Maryland, babies, both boys and girls, wore white dresses until they were six years old.

When pastel colors were introduced in the mid 19th century they were not considered gender signifiers, as in blue for boys and pink for girls. That didn?t happen until the 1940s. Subsequently, baby boomers have been raised in a gender-specific clothing environment, where girls wear pink and boys wear blue.

Pink is linked to femininity — thus to girls. It is considered the color of life and good health. Sometimes people refer to ?being in the pink,? which means a person is healthy. Pink also conjures up thoughts of purity and love. Furthermore, pink is a pretty and flattering color. Parents dress their rosy-cheeked female cherubs in pink and others ooh and aaah over the beautiful little girl.

Adult women know that pink can enhance their complexion. Pink hued lights can do wonders for an environment, making it look romantic and sultry.

Children and adults alike are apt to establish, with no basis other than the baby?s clothing, the sex of a baby.

In the early part of the 20th century, pink was considered the color for males and blue was for girls. Back then, pink was perceived as a far stronger color than blue thus suited for boys.

During Adolf Hitler?s reign of terror, he ordered that those perceived as homosexuals wear a pink triangle on their clothing while in concentration camps.

The color pink is so closely associated with the Barbie doll that when shown the color pink some children say, ?Barbie? instead of pink.

Girls tend to be more cognizant of colors than boys. Knowing this, the toy- and children?s clothing manufacturers have pitched pink to girls (and their mothers), although the chosen color could have been something other than pink.

Will the world end if a boy wears pink?

No. Men have been wearing pink dress shirts and polo shirts for years, and no one thinks anything of it.

Of course, boys prefer not to wear pink and that?s their prerogative. Girls may eschew pink simply because they don’t like the color and that, too, is their right. Children can become quite opinionated about their clothing and refuse to wear certain colors, styles and designs ? just like their parents.

Parents sometimes refuse to go the pink/blue route with their babies and children and opt for primary colors or neutrals when it comes to their clothing or color of their rooms. Parents are free to do as they choose. The color police are not going to come knocking at the door.

Of course, when family and friends get wind that a baby girl has arrived, new parents expect an influx of pink.

The musical artist Alecia Beth Moore (Pink) is apparently so enamored with this color that she uses it as her stage name and often puts pink streaks in her blonde hair.