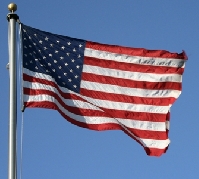 Independence Day, more popularly known as The 4th of July or July 4th, is a federal holiday that is celebrated in the United States. Obviously it falls on July 4th of every year, regardless of what day of the week it falls on, and is a widely celebrated holiday that includes lots of barbecued ribs and hot dogs, family gatherings, and outdoor fun. And although the 4th of July holiday is a celebration of when the Declaration of Independence was signed, there are numerous other 4th of July facts that many citizens aren?t aware, including:

– When the holiday was declared a holiday. Although Independence Day is a legal holiday, it was not declared so until 1941. This was the date that signified the formal adoption of the Declaration of Independence on July 4, 1776.

– The introduction of fireworks. The 4th of July is synonymous with firework displays and are a staple in the celebration. How did they become so popular? Have they always been used? History shows that they were originally made in China and as early as the 11th century. This was during the time when the Chinese people used pyrotechnic mixtures for war rockets and explosives.

– Uncle Sam. The 4th of July facts surrounding the term ?Uncle Sam? was finally clarified and popularized during the War of 1812. This is when the term originally appeared on supply containers that held war materials. The ?Uncle Sam? symbol became synonymous with servitude and devotion, as in Uncle Sam wants YOU. Although there was heavy recruitment taking place, Congress did not adopt Uncle Sam as a national symbol until 1961.

– Two Factoids. Two very important but little known 4th of July facts show that 1) full support of the Declaration of Independence was not supported by all members of the Continental Congress and 2) a representative of Congress rode horseback 80 miles to reach Philadelphia and break a tie in support of independence.

Without any defective places, the third version of the Liberty Bell rang every Fourth of July from 1778 to 1835. According to history and tradition, as it rang, it cracked as it was being tolled for the death of Chief Justice John Marshall, the longest serving Chief Justice in the Supreme Court.

– A monument. A French engineer, Alexandre-Gustave Eiffel, who built the Eiffel Tower in Paris also devised the iron framework of the Statue of Liberty.

– Our national poem. A Wellesley College professor, Katharine Lee Bates, was the author of the patriotic poem “America the Beautiful” which was published on July 4, 1895.

– Firsts. Our country?s first father, George Washington, held his first public office at the age of 17 and continued in public service until his death in 1799.

Facts such as these help to make our celebrating more meaningful and help to deepen our commitment to our country and in our service. As we celebrate Independence Day, we can find more reasons to be grateful for the country that we live in.