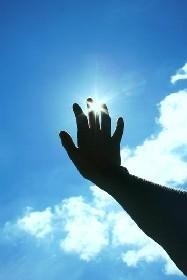 Dinosaurs roamed the earth. Prehistoric plants sipped rain water. Insects and bird-like creatures tested the air. It is their remains that formed the fossil fuels that drive modern economies. Many nowadays believe alternative forms of energy should be increasingly nurtured, in order to best conserve the earth?s remaining stores of fossil fuels and introduce to upcoming generations a more eco-friendly way of life.

Why not celebrate the earth and act as its steward? Small steps equal big impacts when a search for alternative forms of energy is performed by a multitude of citizens. The first move might be something as simple as making a home garden, rich with black compost made out of apple peelings and carrot tops left over from dinner and tossed into a handy composter outside the kitchen door. There are lots of ways to help preserve resources and save energy.

Energy savers for the home

Today?s homes are easily safeguarded by some of the innovations that utilize alternative forms of energy. Today, energy can be made portable?and portability is invaluable in times of a power outage. There is an array of economical battery-based portable power systems designed especially for the home. The compact units can be charged from a convenient source such as a solar electric panel. The units are ideal for running lights, cell phones or appliances in the wake of a bad storm or some other natural disaster.

In addition to thinking of alternative forms of energy, it is wise to consider ways of saving traditional forms of energy. One way to conserve energy is to kill the vampires. Folks mostly have heard by now about vampires?those electrical cords with two prongs that like vampire teeth suck energy even when inactive. Any appliance, radio, television, computer or telephone whose little round power light stays on even when not in use is gobbling up power through the electrical system. Unplug those conveniences?those vampires?when there?s no plan for immediate use. The savings will add up. Also consider installing a solar air heater for the winter months.

Education is the key for employers whose staff members are responsible for the well being of the business during working hours. A boss can?t be on the scene at all times, so it is a comfort to know the employees will carry on the spirit of ecological operations. Those who work at home also can find appropriate home office designs. Investments of time and money into furthering one?s education about alternative forms of energy are small sacrifices that bring big payoffs. And today, there are classes and videos and books whose teachings translate into savings. Some sites offer educational training that earns credentials in solar heating, wind power, solar thermal installation, solar electric and more.

Nature may provide the most exciting alternative forms of energy in the future. Experiments are underway. In Maine, an underwater turbine is in use. Its blades revolve through force caused by the ingoing and outgoing of the tide. In other places, there are systems wherein a rising tide fills a reservoir and after the tide has ebbed, the water in the reservoir is released to turn the cogs and wheels that generate electricity. The future is a fascinating one for those curious about alternative forms of energy.

Developments in alternative forms of energy have exploded onto the consumer scene in recent days. Experiments abound that may result in two fine outcomes?energy savings and the conservation of earth?s precious resources. Among the innovations in use today are many helpful products for home and business. Some are simple to install, inexpensive to buy and result in immediate savings. Others are more costly and may recoup costs and profits on a longer-term basis. All are portents of things to come?good things for the earth and good things for people.

Why not start today to do some small thing that will benefit the pocketbook and the move toward a greener, more ecology-conscious lifestyle. Turn out the lights when leaving a room. Compost those leftover bits of veggies. Run the iPods and the cell phones on solar chargers. And don?t forget to kill the vampires.

For Homealternative forms of energybatterycomposterconservationelectricitysolarvampireswind power - by Catalogs Editorial Staff