Basketball players and their famous shoes 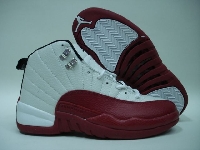 Many superstars of basketball wear and endorse custom-designed shoes

The era of custom-branded basketball player shoes really took off when Nike came out with the “Air Jordan I” a year after Michael Jordan joined the NBA in 1984. Following a brilliant college career under Dean Smith at North Carolina, Jordan was drafted by the Chicago Bulls. With his tremendous scoring prowess and amazing dunking ability, it didn’t take him long to earn nicknames like “His Airness” and “Air Jordan.”

Nike climbed aboard the Jordan bandwagon by designing a special athletic shoe dedicated to the superstar. The NBA prohibited them in pro games because they were deemed too colorful. The “Air Jordan” has since been updated many times over and remains one of the most popular basketball player shoes of all time.

Before you continue reading about the Basketball players and their famous shoes there is a special announcement we would like to share with you. Catalogs.com has negotiated special medicare rates for our vibrant community of seniors. If you are over the age of 60, you can head over to our Seniors Health Section which is full of information about medicare. All you need is your zip code and a few minutes of your time to potentially save 100s of dollars on your medicare bills.

While Jordan put custom shoes firmly on the map, it was over a decade earlier when the idea of using basketball stars to promote basketball player shoes got its start. New York Knicks superstar Walt Frazier had a reputation as a snazzy dresser, and was nicknamed “Clyde” because he wore a hat similar to the one worn by Warren Beatty when he starred as Clyde Barrow (of Bonnie&Clyde fame). When Frazier approached Puma about designing a wider version of their suede basketball shoes, they inked one of the first endorsement deals of its kind and created the “Clyde.”

The traditional Converse canvas high-top basketball player shoe has been around for decades. It was the company’s first attempt to capture the fledgling basketball market. The “All-Star” didn’t catch on in a big way until star player Chuck Taylor endorsed the shoe in the early 1920s. The All-Star logo ankle patch adorned with Taylor’s signature quickly made the shoe a classic in the annals of basketball history.

In one of the most famous shoe ads of all time, Converse rounded up six of the biggest stars of the 1980s to promote its “Weapon.” Magic Johnson, Kevin McHale, Isiah Thomas, Mark Aguirre, and Bernard King recorded a commercial with MVP Larry Bird that helped push sales through the roof.

Michael Jordan wasn’t the first star to put his name on a Nike shoe. Before the “Air Jordan” came along, “Air Force 1” was the shoe of choice for Michael Cooper and Moses Malone. It was the first basketball player shoe to incorporate a cushion of air in the sole to provide shock absorption and greater lift. That bit of technology was revolutionary at the time, and spawned other imitations and variations on hundreds of other shoes.

Before he was injured, Penny Hardaway was a prolific scoring guard for several NBA teams. The “Air Penny II” is a reincarnation of the shoe with the carbon fiber shank and penny logo on the side, made famous when he wore them in the 1997 All Star game. Despite Hardaway’s retirement from the game in 2007, his legacy lives on with this still popular shoe.

The NBA holds its annual Slam Dunk Championship during All Star week. One of the multiple winners is Nate Robinson, formerly of the New York Knicks and now with the Boston Celtics. At only 5′ 9″, he makes up for his lack of height with a vertical jump of over 3 feet. The basketball player shoe he wears to soar above the basket is the Nike “Foamposite Lite.”

Before he became Kareem Abdul-Jabbar, Lew Alcindor was burning up the hardwood for legendary coach John Wooden at UCLA. His shoe of choice was the Adidas “Superstar” and this attracted the attention of many other players at both the college and professional levels. In fact, within a few years after its introduction in 1969, it was being worn by over three-quarters of all NBA players. It was the first basketball player shoe to incorporate a rubber shell toe and leather upper.

The “Human Highlight Reel” was the nickname given to Dominique Wilkins, a dominating force during his twelve years with the Atlanta Hawks. He wore the Reebok “Pump,” a unique shoe with an upper tongue inflation system. Dee Brown also used them to win the 1991 Slam Dunk as a Boston Celtic.

There are other players that have popularized certain basketball player shoes by wearing them and through paid endorsements. As the trend has spread to lesser-known players, the effect of such endorsements has been watered down somewhat. There’s little doubt that the superstars will continue to attract the biggest endorsements and the richest contracts.

15% off all flatware and free shipping on orders over $99

Save up to 50% on Clearance