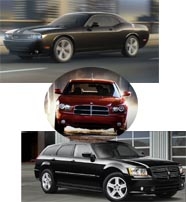 Larger and more powerful cars are coming back, are they going away again already

Whenever there’s a fuel crisis, cars begin shrinking. Readers in their thirties or younger are too young to remember the first major gas crisis that hit back in the seventies. In the late sixties and early seventies, cars were getting bigger and bigger in America. Big cars were simply the norm.

Then the gas crunch of the seventies hit and bit cars went away completely for many years. Even the largest of the luxury cars, such as the Lincoln Continental, shrunk in overall size, engine size and weight during that time. Another casualty was muscle cars. While they weren’t the biggest of cars, they were still a pretty good size, but it was their engine size and horsepower that really suffered during the crunch of the seventies.

Unfortunately for Plymouth, as well as all muscle car manufacturers and enthusiasts, that’s when the gas crisis actually began, followed very closely by much stricter emissions standards in an attempt to reduce pollution. As a result, the crunch hit the Barracuda with the loss of the 440 with the 4bbl carburetor, leaving only the 440 six pack in that engine class. The 440/6 took a small 5hp hit in power, and the smaller 383 took a much larger hit, moving from 335hp down to 300. They also introduced a much smaller engine, the 318ci with 230hp.

That shift, and the shift in sales that paralleled it (going from sales of over 17,000 units in 1970 to under 6,000 in 1971 and dropping from there) spelled doom for not only the Barracuda, but for all muscle cars, and to borrow a phrase, the big car was now a dead car driving, just awaiting its execution.

Is the same thing going to happen today?  Less than five years ago people were complaining that gas  regularly surpassing $1.00 per gallon in the U.S. Today U.S. gasoline prices are passing more than four times that amount, at times costing the consumer well over $4.00 per gallon. At the same time, muscle cars were just trying to make a comeback, as well as other types of big cars, with the newly redesigned Mustang, and the newly re-released Dodge Charger and Challenger, as well as other large cars such as the Dodge Magnum and Chrysler 300. And that’s not even getting into the massive spike in SUV sales in recent years. Even the Hemi engine has made a comeback.  It should be noted here that the 70’s Challenger was essentially the same car as the Barracuda, and was manufactured in the same plants.  The only reason the Barracuda isn’t back is because Chrysler eliminated the Plymouth brand entirely.

Those trends are already turning around, with SUV’s seeing huge discounts as dealerships scramble to eliminate the stock sitting on their lots and people clamor for small cars and hybrids.

Is the new era of big cars coming to an end again, just a few scant years after starting?  Only time will tell, but there can be no doubt that we will see a shift into more fuel efficient cars, whether that means smaller cars or alternative fuel cars such as hybrids, electrics, natural gas vehicles and others.