Classic rock bands are more popular than ever 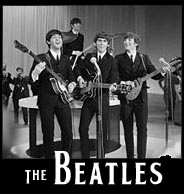 Why do classic rock bands continue to survive long after newer bands die out?

Just about anyone who grew up in the sixties and seventies loves the classic rock bands of those decades and these days even the music from the eighties classifies as classic rock.  The young adults in college today were born well after the heyday of such huge eighties bands as AC/DC and Def Leppard.

Whatever the reason, while many more recent bands and their music have been forever forgotten in a sea of anonymity, classic rock CDs and vinyl are still selling in the hundreds of millions each year with no end in sight and each new generation becomes a new generation to fall in love with these old tunes.

Today, more than forty years after their debut, Led Zeppelin’s songs are still heard on radio stations around the United States.  And who can forget the Beatles?  This, the most classic of all classic rock bands, is still hugely successful nearly five decades after it started, three decades after its breakup and years after the deaths of two of the band’s four members.

Before you continue reading about the Classic rock bands are more popular than ever there is a special announcement we would like to share with you. Catalogs.com has negotiated special medicare rates for our vibrant community of seniors. If you are over the age of 60, you can head over to our Seniors Health Section which is full of information about medicare. All you need is your zip code and a few minutes of your time to potentially save 100s of dollars on your medicare bills.

Why are these bands still doing so well today?  Each of these classic rock bands, among dozens of others, have many thousands of fans around the world who don’t even remember when the band was together.  I myself love the Beatles and consider them to be the greatest band of all time, even though I was only five or six years old when they broke up.

Kids who were born in the 1990’s walk around with T-shirts of Ozzy Ozbourne, Judas Priest, Iron Maiden, Def Leppard, U2 and other bands who were big in the early eighties, more than a decade before they were even born.

Perhaps one reason the classic rock bands of the 60’s through the 80’s are still popular is that the parents of today’s youth are so vastly different from those of previous generations.  Parents who grew up in the fifties kept a distance from their children, maintaining a children are to be seen and not heard attitude, while the parents of children today were growing up in the eighties and even nineties.

This modern generation of parents doesn’t keep its kids at arms length.  We play video games with our kids.  We go to movies with them.  And we listen to music with them.  We expose our children to the music we grew up loving, so kids grow up hearing the songs we loved when we were their age.

One more reason may be that in today’s society people have easy access to virtually everything on cable television, satellite radio and the internet.  In the old days people had only a few television stations to choose from and not many more radio stations.  The internet didn’t even exist.  These days, listening to the most current music is no longer the only option.  All you want is right at your fingertips.  The old doesn’t have to give way to the new.  There’s room for both these days with hundreds of TV channels and radio stations to choose from and literally millions of websites.

Another clear way to see classic rock’s ongoing influence is the use of classic rock bands music in modern film.  It’s common to hear classic tunes from The Beatles, Pink Floyd, The Doors, AC/DC, Queen and others in today’s hit movies.  Even Broadway is seeing plays based entirely on the music of classic rock bands like Abba and Queen.

Some groups, like Kiss and Van Halen, started out more than three decades ago, but are still around and still rocking.  Ozzy Osbourne, who was at his height in the early 80’s, actually got his start with Black Sabbath back in 1968 and left that band in 1979, but Ozzy continues producing new music today.  Others have gone for a time, but have come back, reuniting with old friends and band mates to let the fans rock with them once again.  Still others have gone for good, usually because of deaths of the members of the band, but have not been forgotten and are beloved today by people who were born after they were already gone.

Classic bands, whether from the sixties, seventies or eighties, are still going strong today and by some accounts, even stronger than in their glory days.  Groups like The Rolling Stones, The Who, Pink Floyd and Lynyrd Skynyrd are recognized by young and old alike.