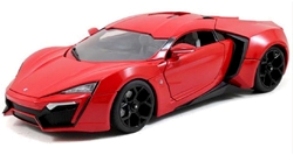 Diecast cars are made by pouring hot molten metal into a mold and casting a replica of the desired vehicle.

The methods used span back to ancient times, but weren’t implemented for creating toys until the 20th century. Since then, diecast cars have become bona fide collectibles and have been produced since the 1940s. Thankfully, we don’t live in the dark ages anymore and there are loads of cool diecast cars to collect for kids of all ages. If you’re a discerning aficionado, your miniature four wheeled treasures can even be considered a wise investment, with the rarest of the lot selling for big bucks over their purchase price. So if you’re looking to expand that miniature garage, consider these categories of rare and unusual vehicles. 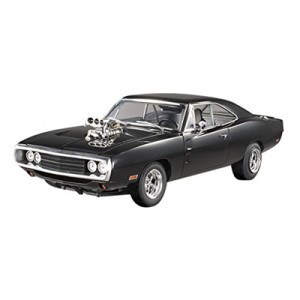 No one makes muscle cars better than the USA. Punch the accelerator, sink back in your seat and white knuckle it while burning rubber. Pictured is the 1970 Dodge Charger which was featured in the Fast & Furious movie franchise and looks super cool. Yup, it gets terrible mileage, but the good news is, this scale version runs on pure fun. 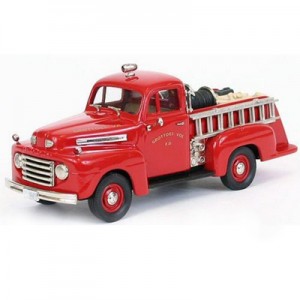 There’s a wide array of fire trucks worthy of any collection, from old school vintage to modern cutting edge. Some of them even having working ladders and hoses. Playing fireman isn’t just for kids, and you can actually learn a little history behind this noble profession too. 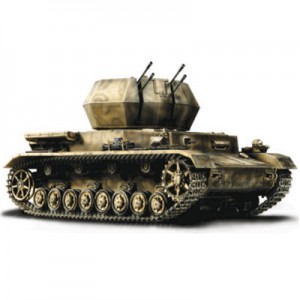 This category features authentic combat vehicles with some truly intricate details. Some of these could easily be photographed up close and passed off as real. Download a decent photo editing app and suddenly you’re standing right in front of a mammoth tank and fooling all of your friends. 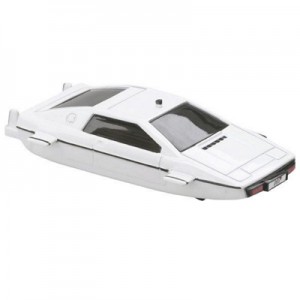 Stunt driving is still a staple in Hollywood, and everyone loves a good old fashioned car chase. There’s a lot of kick ass cars to choose from in this genre, spanning back to movie classics starring Steve McQueen, all the way to present day. Pictured is James Bond’s Lotus Esprit from “The Spy Who Loved Me,” and yes, it allegedly drives under water, so fire up the bubble bath and have some fun. 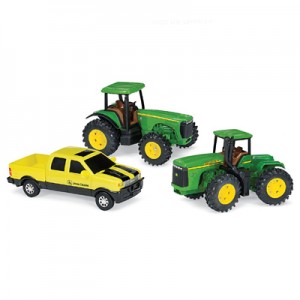 There’s lots of blue collar, workhorse type vehicles, that work as hard as they play. They offer the opportunity for imaginative play and also make a good addition to any adult’s collection too. Pictured is a set of 3 John Deere® replica trucks with lots of nice details any aficionado will appreciate. 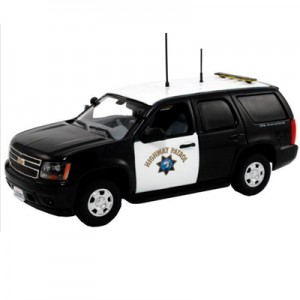 There’s no two ways about it, cop cars are just flat out cool. They go fast, are tricked out with awesome gadgets, newfangled tech, and plenty of horsepower under the hood. They’re also great diecast cars to collect because they can be admired from afar, as opposed to that awkward backseat tour of shame. 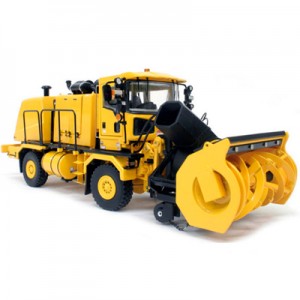 This group is sort of unusual and there’s not much to choose from, but the rarity makes it well worth investigating. There’s nothing like a snow plow to round out your collection. 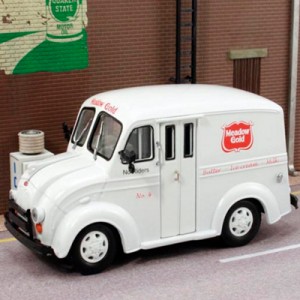 Most of the vehicles in this category are old school milk trucks, but with some searching, you’ll also find some modern delivery vehicles, like UPS, FedEx and the USPS. The cool thing about the vintage milk trucks, is some of them also include come with a milkman; talk about rarity. 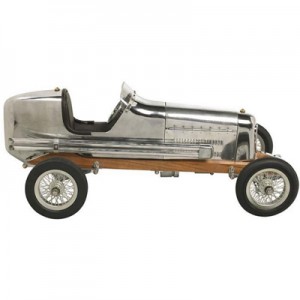 There’s something about an old school sportster that just screams nostalgia. Maybe it’s the old newsreel footage, or just the classic aerodynamics. Whatever it is, this is a hugely popular category for good reason. 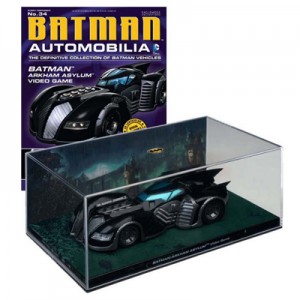 Now, come on; this has to be the coolest of the cool. Rocket launchers, projectile cannons, you name it, these cars got it. Slick, chic, and jaw dropping hot. Okay, so it’s all just make-believe, but nobody does fantasy better than a dude in a cape.