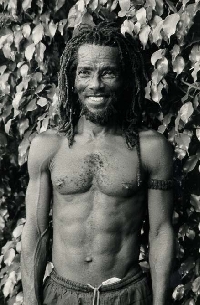 Here’s some information about the beautiful island of Jamiaca

Facts about jamaica include the fascinating history of an exotic realm that has always welcomed settlers from all over the world. Its very first inhabitants were an Amerindian Arawat-speaking people known as the Tainos who were believed to have come from South America. One of the many interesting facts about jamaica concerns the word, itself, which derives from the Taino word, ?Xaymaca,? which means ?land of wood and water.? These peaceful people greeted Columbus when he first visited the island in 1494.

From notorious pirates to sugar barons, Jamaica?s history is a colorful tapestry of characters and events. It includes tales of sugar cane, slavery, delicious rum, howling hurricanes and devastating earthquakes. Some of the facts about jamaica seem wrested from a swashbuckling novel of intrigue, romance and lustful adventure. One pirate, Sir Henry Morgan, became a respectable governor of Jamaica, and the armed, escaped slaves known as Maroons who established settlements in the mountains and fought bravely against regiments of British redcoats, left their own particular mark on the Jamaican culture.

Against the backdrop of beautiful mountains and valleys, Jamaica is one big melting pot of culture, races, religions and traditions. One of the most interesting facts about jamaica is that each ethnic and racial group that called it home brought its own stories and traditions. All have meshed together after the passage of so many centuries, rendering a unique heritage to Jamaica and its people.

What are some interesting facts about jamaica?

1- Columbus described Jamaica as ?the fairest isle mine eyes ever beheld?? He named it St. Iago and his arrival was followed by almost 500 years of European occupation (initially the Spanish) and sovereignty.

3- During the 1650s, The British captured Jamaica from the Spanish and in retaliation, the Spanish freed and armed their slaves who continuously defied the new intruders. The Maroons powerfully defeated the British and they are part of the melting pot of populations in Jamaica today.

4-In 1866, Jamaica became a British crown colony and bananas were introduced to the country, reducing the reliance on sugar cane. Under this new system promises of education, health care and other social reforms gave hope to a newly generations. Unrest followed, however, heralding the birth of the trade union movement.

5- While under British rule, Jamaica became a wealthy colony. By the 18th century, one of the most interesting facts about jamaica is that the island was known as ?the jewel of the British crown?, producing 22 percent of the world’s sugar. This success came at an enormous price to the African slaves who were brought to the New World in chains and forced to work on large lucrative plantations.

6- Jamaica is a little smaller than the state of Connecticut. The island is made up of coastal lowlands, a limestone plateau, a group of volcanic hills, in the east and the magnificent Blue Mountains, which are known for their fabulous Blue Mountain blend coffee.

7-One of the most disturbing facts about jamaica is that it had more revolts during its history than any of the neighboring islands. This is because of the cruel and oppressive system of slavery that marred the beauty and soul of this beautiful colony.

The twentieth century brought two important changes to Jamaica; universal adult suffrage in 1944 and independence from Britain in 1962. These two factors were catalysts for a people once conquered, controlled and constrained, to become themselves the architects of a new nation.

One of the most amazing facts about jamaica concerns the resilience of its people who have suffered and rallied, and whose valiant spirit defies time and history.