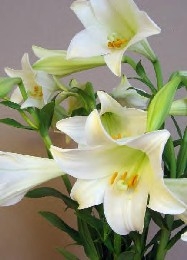 Any history of the Easter holiday includes ancient lore

Flaming torches and raucous feasts of roasted oxen heralded pagan celebrations in the era before Jesus Christ was born?more than 2000 years ago. Numerous gods were worshiped in those days, long before the history of Easter was established. Each god had powers whose exercise determined how humans fared?well or ill.

The coming of spring was tied to the worship of fertility gods?or goddesses?as the randy antics of birds and beasts were observed. Autumn was linked to harvest time and the period of rest about to be undertaken by Mother Earth. Celebration of such feasts became incorporated into the history of easter when it began to be marked by Christians after Jesus Christ?s death. Easter commemorates Christ?s resurrection from the dead.

Some celebrations were seasonal

Each season and each special occasion?the purchase of land, a marriage or an impending journey?called for consultations between men and their gods. Oracles in the temples were tended by respected servants who relayed messages from the gods. Daily interactions with gods were commonplace.

Any history of easter needs to be linked with gods and goddesses of Pre-Christian times. Today?s pagan believers?among them practitioners of Wicca?pursue pagan spirituality by honoring the earth and all of its elements?air, wind, fire and water.

According to pagan beliefs, it was the whims of the gods that determined if the land would be blessed with rain or cursed with crop failures. Any history of easter is greatly diminished without including due respect for pagan beliefs. In that era, the natural world and its unexplainable phenomenon?storms, drought, abundance?were attributed to supernatural beings.

Those powers were exercised by a myriad of Roman pagan gods and Greek gods whose duties often were similar but whose names differed from their Roman counterparts. These gods reigned supreme before Christianity arose.

Jesus Christ preached a belief in one god who loved all mankind. A history of easter reveals that Jesus gained disciples when crowds gathered to listen. He called God his father. He performed feats viewed as miracles. People who formerly believed in many gods became enamored at the prospect of one heavenly father who loved everyone.

Christ?s religious ideals preceded the history of easter?a holiday memorializing his resurrection from the dead. He preached a gospel of love and forgiveness. He cured the sick. But his loving ways seeded jealousy among government officials who feared their power would be usurped by this humble upstart.

Today?s church celebrations herald the history of easter and Christ?s triumph over death. The sweet smell of incense prevails in churches everywhere. Candles are lit. The faithful honor Jesus by strumming musical instruments and singing songs. An Easter feast follows in the homes of the faithful.

Easter feasting is a tribute

A variety of foods that represent hope are served at the easter meal. Mostly any history of easter touches upon some of the symbols. Eggs in many cultures represent birth and easter eggs are colorful symbols. Beautifully braided yeast breads are served. Wines are red and sweet. Rich, delicious cheeses accompany the meal. And desserts range from custard pies to tasty butter cookies. Togetherness is the theme of the day.

Converts to Christianity suffered for their beliefs but many pagans joined the faithful. The pagan majority and rulers of the Roman Empire tried to stamp out the blossoming religion. Christians were persecuted. A dozen of Christ?s faithful disciples shared supper with him as his time on earth elapsed. A history of easter relates the way he was arrested, scourged with whips and made to carry a heavy wooden cross to the local place of execution.

Christ was crucified?nailed to his cross. Today?s liturgy calls for reverent solemnity on Good Friday, celebrated as the day of his death. According to the history of easter, his body was recovered by followers who anointed it and wrapped it in white cloth. The Easter lily is a symbol of eternal life.

Christ was buried in a borrowed tomb. And it was a surprise to all that on the third day when the tomb was checked, Christ was gone. His resurrection from death and ascension into heaven to be with his heavenly father is a sacred part of the history of easter.