History of the New York Yankees 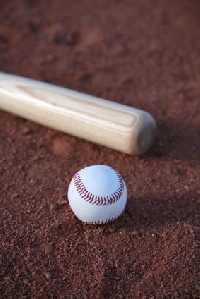 The New York Yankees have one of the most colorful histories in baseball.

Before you continue reading about the History of the New York Yankees there is a special announcement we would like to share with you. Catalogs.com has negotiated special medicare rates for our vibrant community of seniors. If you are over the age of 60, you can head over to our Seniors Health Section which is full of information about medicare. All you need is your zip code and a few minutes of your time to potentially save 100s of dollars on your medicare bills.

In 1903 a new team was introduced to New York. The original name was the Highlanders because they played on a field in Manhattan that was one of the highest points in the city. Initially, the team was moderately successful. The logo was introduced in 1909 and the pinstripe on the uniform in 1912. They changed their name to the Yankees in 1913.

In 1904 they made a respectable run towards a championship. However, from 1905 until 1920 they were among the biggest losers in professional baseball. Several times in fact they lost over 100 games in a 152-game season.

Baseball changed forever in 1920. A pitcher-outfielder from the Boston Red Sox, which had won five championships, was traded to the Yankees for $125,000. The player was George Herman (Babe) Ruth. The Red Sox curse of the Bambino was born because the Red Sox would not win another Series for eighty-six years.

The Yankees couldn’t lose or so it seemed. Babe Ruth hit 54 home runs in 1920; the nearest old record was 29 also set by Ruth. From 1921 to 1927 the Yankees won five league championships and two World Series.

Many baseball watchers consider the 1927 Yankees as the best baseball team of all time. Not only did they win the pennant by a nineteen-game margin, they won the Series in four games. They were in 1st place from the beginning of the season until the end. Besides Ruth, Lou Gehrig was in the lineup. Four players had over 100 runs batted in: Ruth (164), Gehrig (173), Bob Meusel (103), and Tone Lazzeri (102). Ruth hit 60 home runs but the MVP honors went to Gehrig.

The total number of World Series championships is 26 and they have 39 league championships. Part of the mystique of the Yankees is the talent that they have managed to attract over the years. Ruth is probably the greatest baseball player of all time, but the Yankees also had Lou Gehrig, Micky Mantel, Joe Dimaggio, Bill Dicky, Roger Maris, Reggie Jackson, and Thurmon Munson.

Even their managers are legendary. Ralph Houk, Casey Stengel’s, Yogi Berra, who said, “When you get to a fork in the road, take it,” and “It ain’t over till it’s over,” and Billy Martin are some of the colorful managers that they have had.

In Game Three of the 1932 World Series with the score tied 4 – 4 in the 5th inning, Babe Ruth pointed his bat at the bleachers. After taking two strikes, the Babe tattooed the 3rd pitch into the center field bleachers. The game and the Series would be remembered for Babe Ruth’s called shot.

In 1939 the Yankees, with the help of Joe DiMaggio, were on a tear once again. But something was wrong with the “Iron Horse” Gehrig. By the middle of the year, he had been diagnosed with Amyotrophic Lateral Sclerosis (Lou Gehrig’s Disease), a rare neurological disorder that is incurable. On July 4th, during a ceremony to retire his number he spoke to the crowded baseball stadium and delivered his famous ‘Luckiest Man on the Face of the Earth’ speech.

In the 70’s under the new ownership of shipping magnate George Steinbrenner, the Yankees opened a new chapter. When Steinbrenner purchased the Yankees in 1973, it had been nine years since they had won a pennant and 11 years since a World Series championship. He set out to make changes. Managers were fired and rehired. Billy Martin, who couldn’t get along with his star players or with Steinbrenner, nevertheless, was able to win the series 1977 and 1978.

Memorable in this era was Reggie Jackson who was picked up from the Oakland A’s. He immediately was a controversial player. He was resented by most players but especially by Martin. There was turmoil throughout the season and the press called the team the Bronx Zoo. Nevertheless in the 1977 World Series Jackson hit three home runs in game six to win the MVP honors and the Series.

There is no doubt that the history of the New York Yankees is one of the most storied in baseball. The franchise is unique with many great players and many great records.