How businesses use bar codes 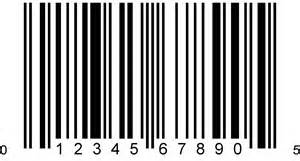 You’ve seen them, if you have ever made a purchase, and who hasn’t? You know what they are, sort of, but how businesses use bar codes may seem beyond your realm of understanding.

A bar code is an identification tag, consisting of vertical bars that are read by a machine. A bar code is utilized for tracking, sorting and inventory. These symbols are put on products, I.D. cards and lots of other items.

Look at your mail. You may see a bar symbol on an envelope. The post offices uses these codes to differentiate between location, people and a specific item number.

Before you continue reading about the How businesses use bar codes there is a special announcement we would like to share with you. Catalogs.com has negotiated special medicare rates for our vibrant community of seniors. If you are over the age of 60, you can head over to our Seniors Health Section which is full of information about medicare. All you need is your zip code and a few minutes of your time to potentially save 100s of dollars on your medicare bills.

The way the symbol works is it identifies data based on the changeable widths and spacing of analogous lines. This is a 1D or one dimensional or linear symbol. However, the original symbol has morphed into dots, rectangles, hexagons and other two dimensional (2D) geometric patterns. The 2D system employs symbols rather than lines.

You can get the symbol in various configurations other than the one you typically see, which is a series of black and white up and down stripes on a white background. That type is one-dimensional. Two-dimension codes are available but must be read by a 2-D capable scanner.

The code for these symbols usually consists of five elements including a quiet zone, a start zone, a start character, data characters, stop character and another quiet zone. (You didn’t know it was so complex, did you?)

The layout ranges from uncomplicated to multifarious, based on the security.

Of course, you need a scanner to read the codes. The scanner utilizes a laser beam that is receptive to the signal emanating from the bar as well as to the white space width and difference.

When this approach is used in the business world, which it is, more and more, this allows the owner to keep track of what he’s sold and when and in what quantity.

Who’s idea was this?

This method was developed by Norman Joseph Woodland and patented in 1949. Woodland filed for the patent along with his partner Bernard Silver. Woodland came up with the idea based in part on the Morse code. The patent was ultimately purchased by Philco in 1962 and later by RCA.

Another inventor, David Collins, who was a student and worked on the railroad, realized there was a great need for instant identification of railroad cars. He came up with the KarTek system. Blue and yellow reflective stripes were put on the sides of the railroad cars, programming a six-digit company  identification and a four-digit car number. When light reflected off the stripes the light entered into two photomultipliers that differentiated between blue and yellow.

It was a good idea but there were problems, including the presence of dirt on the cars which messed up the system’s ability to read the colors. The Association of American Railroads ditched the system in the late 1970s but introduced a similar method in the mid 1980s, using radio tags.

The real benefit of these symbols is their ability to organize mass amounts of data. Hospitals use these codes to ID patients and access patient information, including drug allergies among other things. Retailers and publishers use bar code scanners to share pricing and inventory information. These symbols allow the tracking of people and objects.
~
Mapping that takes place between these symbols and a message is referred to as symbology. A symbol is anything representing a process, an idea or physical entity. The symbol expresses a meaning.

So how do you implement this system? You must buy the point of sales equipment and a scanner or reader. The cost is not so prohibitive that you cannot afford it.