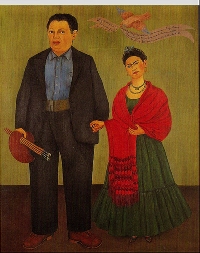 Discover these famous Mexican artists who stand the test of time

Below, are three of the most famous Mexican artists of the twentieth century, whose works have inspired countless legions of fans and new artists with their beauty, skill, and sheer mastery of the art form.

Considered by most to be one of the most famous — and influential — painters of the twentieth century, Diego Rivera hailed from Guanajuato, Mexico. Born in 1886, he was an early study who found himself jetting off to Paris in 1907 in order to further his artistic goals.

Before you continue reading about the Famous Mexican artists there is a special announcement we would like to share with you. Catalogs.com has negotiated special medicare rates for our vibrant community of seniors. If you are over the age of 60, you can head over to our Seniors Health Section which is full of information about medicare. All you need is your zip code and a few minutes of your time to potentially save 100s of dollars on your medicare bills.

There, he found himself face-to-face with works from the masters: Matisse, Renoir, Cezanne, Gauguin, and more. These formative years and experiences helped to shape Rivera as he looked to create a new twist to the painting form. It came in the form of the old style, Italian Renaissance frescoes.

Basically, frescoes are mural paintings done on fresh plaster; they became a canvas for Rivera as he put them on universities, buildings, and other public spaces. He brought his genius to America, with varied success. Working at the Detroit Institute of Arts, he created a lasting mural depicting the car plant workers and industrial life at the time.

For the Rockefellers, Rivera began work in New York on the lobby of the RCA building. This particular fresco didn’t go quite as well as he was kicked off the project due to his insistence on including Vladimir Lenin within the mural. Despite certain failings — and his more radical political viewpoints — Rivera was rightfully credited with reintroducing fresco painting back into modern architecture and art.

Along with Diego Rivera, Frida Kahlo is considered one of the greatest — and most famous — Mexican artists. Married to Rivera in 1929, theirs was a tempestuous relationship which included many infidelities on the part of Rivera.

Born on July 6, 1907, in Coyocoan, Mexico City, Mexico, Kahlo lived a difficult life which included contracting polio at the age of 6, sustaining various injuries/illnesses throughout her life, and marital strife with Mr. Rivera. Kahlo herself only began painting after a horrific bus accident in which she was severely injured.

Some of her more famous works are The Suicide of Dorothy Hale (1939), The Two Fridas (1939), and The Broken Column (1944), among many others. She was not only a painter, but a political activist and a feminist icon for many women.

What seems to distinguish many of the greatest artists of our time is the sheer amount of obstacles placed in their path. And Jose Clemente Orozco is no stranger to hardship and adversity. Born in 1883, Orozco dealt with childhood rheumatic fever, back-breaking poverty, and an explosion during his early years in which he lost his left hand.

From this, came the will to persevere through any and every challenge he would face. Orozco always wanted to be an artist and pushed forward with his complex — and many times, controversial — paintings/murals. He was a rival of Diego Rivera and, at the time, less appreciated than his colleague and rival.

The Mexican Revolution’s savagery and sheer violence helped to shape his sensibilities and tendencies; he only returned to Mexico in 1934, after spending much time in the United States. While in the U.S., he painted four major murals at the New School for Social Research, the Museum of Modern Art, Dartmouth College, and Pomona College.

Orozco did hundreds of easel paintings and would eventually become a pioneer of the public arts movement taking place in the 1930s and 40s. It was about a reinvention of the public art form and Orozco was a major catalyst for the movement. His legacy stretches from Mexico to America, and beyond.

Above photo attributed to koiart71