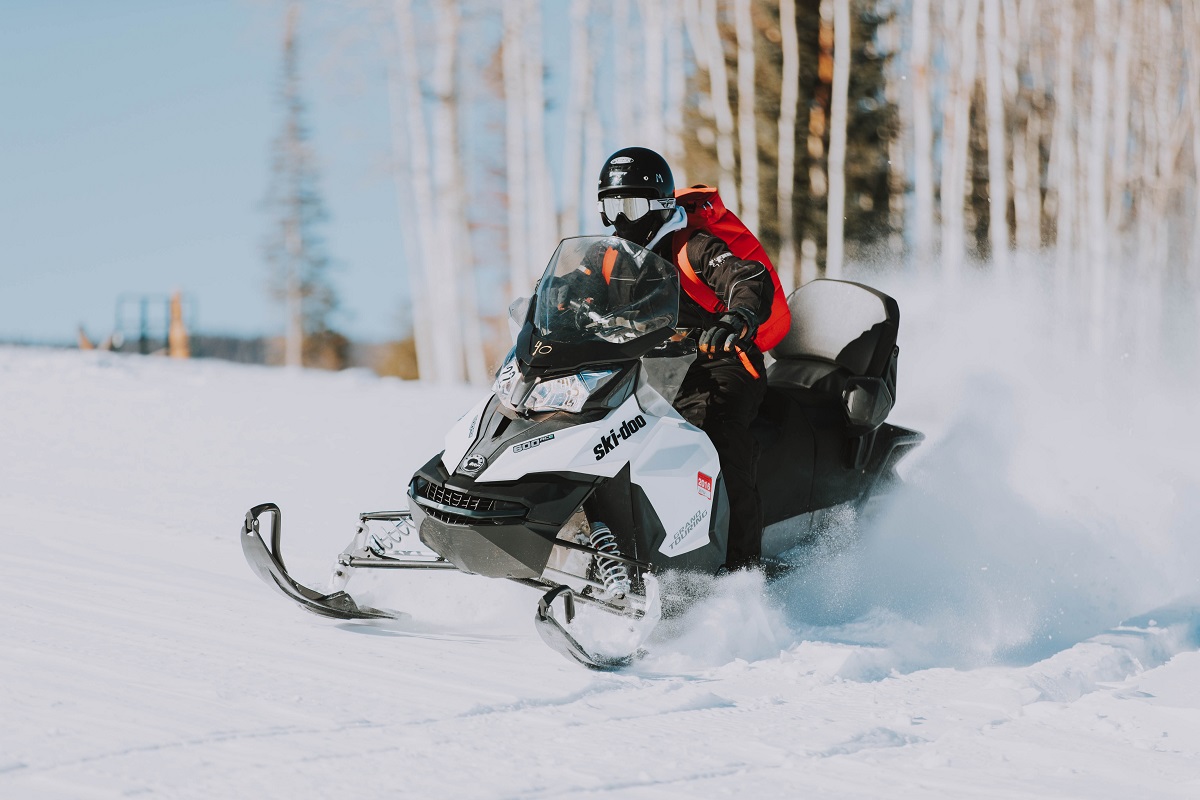 Following is an article by the staff of the Canadian publication SmartRisk and highlights the dangers associated with snowmobiling—a sport that is popular not only in Canada but also in the U.S.”

Snowmobiling remains popular for Canadians seeking a fun recreational activity, or a versatile mode of winter transportation. But it also continues to top the list of winter’s most lethal sports.

According to a study released in 2003 by the Canadian Institute for Health Information, 16% of severe sports and recreational injuries in Canada in 2000/2001 involved snowmobiles. That ranks second only to cycling (18%).

Most of those injured on snowmobiles were men in their early 30s. And of the 92 people admitted to the hospital with snowmobile injuries, fully one quarter had drunk alcohol or taken drugs before heading out into the snow. Also, many were not wearing snowmobile helmets.

“The risk of serious injury can be significantly reduced by not consuming alcohol prior to snowmobiling, or prior to participating in any winter sports,” says Dr. Robert Conn, President and CEO of SMARTRISK. “People need to realize that by riding a snowmobile without a helmet or after they have been drinking, they are taking a huge risk which can have tragic consequences.”

Snowmobile help is readily available in Canada and the U.S. at sports centers and online. Use your browser to find online sources or snowmobile helmets; a click of your mouse could make the difference between having fun and having no life at all.

The working condition of your snowmobile is of utmost importance. There are now online sites where you can purchase snowmobile parts to maintain your machine in tip-top condition.

A malfunctioning part cannot only ruin your snowmobile, but it can cause a serious and sometimes fatal accident. It is important to note that any sport or recreation that involves complicated machinery (such as a snowmobile or a motorcycle) requires constant vigilance to maintain that machine in good and safe running order.

In the past, people on motorcycles were thought of as outlaws because the media focused on all the negative things but now the media’s focusing on the reality of it, which is that it embraces people from all walks of life and the media is showing the more positive aspects, Perhaps that’s because the image of a bike rider has changed. More and more of the baby boomer generation have turned to motorcycles as a means of transport.

In an article from the Boston Globe in March of 2004, John Stilgoe wrote, Buying a motorcycle makes sense. Two-wheel vehicles get far better gasoline mileage than automobiles, prove easy to park, and reduce traffic congestion.”

Today, images of motorcycles are practically everywhere – from McDonalds’ take-out bags to Hallmark cards. The biker-themed television show “American Chopper” has brought motorcycles to the small screen, and even presidential candidate John Kerry made his entrance onto the stage of “The Tonight Show with Jay Leno” on a motorcycle in November. Motorcycles are, indeed, hot right now, as they ride the wave of 11 years of consecutive growth in sales, according to Ty van Hooydonk, director of product communications for Discover Today’s Motorcycling, a nonprofit organization that promotes motorcycling and safety. Safety is just one reason that motorcycle parts have become such a big business. As more and more people own bikes, they are getting more involved in the maintenance aspect of ownership and have found that discount Harley Davidson parts and aftermarket Harley Davidson parts are available online. Not only do they save money, but also receive invaluable advice.