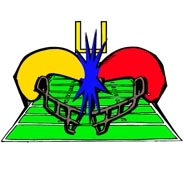 How much do you really know about the super bowl?

The Super bowl was first played on January 15th 1967 in the L.A. Memorial Stadium in Los Angeles, California.  It was between the Kansas City Chiefs and the Green Bay Packers.

From that time until now there have been a total of 41 Super bowls and counting.  As we approach Superbowl season yet again, let’s take a look at some super bowl facts to celebrate this, the greatest sporting event in the United States.

With over 40 games behind it, the Superbowl obviously has had many records set over the years.  Here are some of the most interesting and outstanding of those records.

Want to impress your friends and stun your neighbors?  Here are some trivial facts about the Super Bowl that you can share on game day.
The next time you’re standing around the water cooler at work or at a football party with friends, have some of these facts memorized.  You’ll be the life of the party with your impressive knowledge of super bowl facts.

Before you continue reading about the Super Bowl facts there is a special announcement we would like to share with you. Catalogs.com has negotiated special medicare rates for our vibrant community of seniors. If you are over the age of 60, you can head over to our Seniors Health Section which is full of information about medicare. All you need is your zip code and a few minutes of your time to potentially save 100s of dollars on your medicare bills.