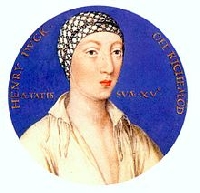 You’ve caught the genealogy bug and want to know everything you can about your ancestors. Where do you begin? Start with your surname (last name) or the surnames of your ancestors.

Surname ancestry research tips include knowing, for example, what “Mac” or “Mc” at the beginning of a name or “son” at the end of a name indicate. This helps narrow down your family search and determine in which part of the world your ancestors originated. Your last name tells you volumes about your heritage.

Before you continue reading about the Surname ancestry research tips there is a special announcement we would like to share with you. Catalogs.com has negotiated special medicare rates for our vibrant community of seniors. If you are over the age of 60, you can head over to our Seniors Health Section which is full of information about medicare. All you need is your zip code and a few minutes of your time to potentially save 100s of dollars on your medicare bills.

The prefix “Fitz” means son of. This is Anglo Norman. When princes and kings fathered illegitimate sons the child was given the name Fitz to indicate his parentage yet also establish his illegitimacy. Henry FitzRoy was the illegitimate son of King Henry VIII and Elizabeth Blount.

If your surname is Johnson, this means “son of John.” If your last name is Georgsdotter, you are “the daughter of George.” Adding the suffixes “son” or “sson” or “dotter” is a Scandinavian practice.

Names ending in “sen” rather than “son,” such as Petersen or Jansen, indicate your ancestors were from Scandinavia or German coastal regions. If you have a German last name using a single vowel, such as Hinrich instead of Heinrich, or a “p” for a “f” (Koopmann meaning Kaufman) this shows your origins were in northern Germany.

If your last name has a “ke” or “ka” suffix (Kafka) this indicates you have Slavic roots and come from the eastern section of Germany, Poland or Russia. “Ke” means son. However, the surname is an occupation not your predecessor’s first name. Krupke means “son of the hulking one” because krup meaning hulking.

A surname holds a host of secrets and information into your history including what country your ancestors came from, their occupation, whether they were city or country dwellers and who might have been born out of wedlock.

Get Free Ground Shipping within the 48 contiguous states on $75

To return your purchases, please contact us via email first (support@uggexpress.com.au) to get the return approved. In your e-mail, please kindly provide your order information and the service you require. You will then receive a confirmation email with your ticket number and instructions about how to return. We offer returns for items that purchased within 30 days.