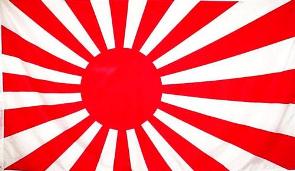 
Let’s start out by defining anime and manga.


Anime is Japanese Animation – the shows and videos on television. Manga refers to Japanese comics – often the original storyline before the characters are digitally adapted into anime.

Anime is huge worldwide. To not have inadvertently watched, read or even seen something anime, you must have lived under a rock. Many fans love anime for the profound storylines or beautiful artwork. Here’s a top ten of the most common anime character types. For you noobs, slang for noobie or novice, just listen up as I barely skim the surface of the immense world that is anime.

Before you continue reading about the Top 10 Anime Characters there is a special announcement we would like to share with you. Catalogs.com has negotiated special medicare rates for our vibrant community of seniors. If you are over the age of 60, you can head over to our Seniors Health Section which is full of information about medicare. All you need is your zip code and a few minutes of your time to potentially save 100s of dollars on your medicare bills. 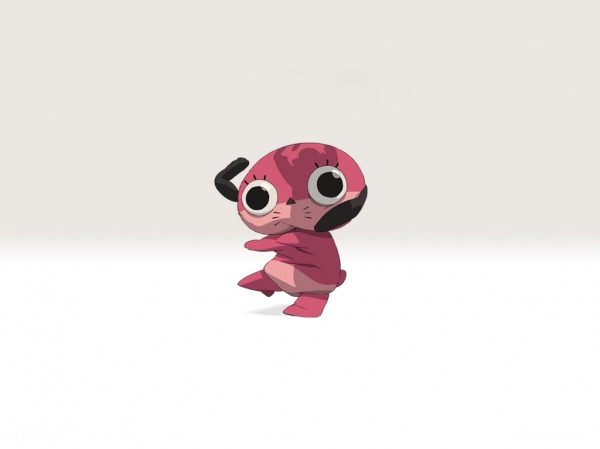 Absolutely adorable; usually unnecessary. Anime mascots are typically talking animals, plush-toys or robots that offer comic relief. In a few cases, the anime mascot may function as a vital role. Luna, the cat, of Sailor Moon, searched out Sailor Moon and provided her with the tools to transform into a magical girl. Similarly, Masha in Tokyo Mew Mew aids Ichigo with balancing her daily life and monster fighting. Many anime mascots are so memorable – and adorable – that they form their own fan base.

Companies often create free-standing anime mascots (think anime plushies, anime character costumes, anime bedsheets) to promote their products. These little chibi characters sometimes have their own anime series, but most of the time their main job is to advertise. The tare panda does a phenomenal job. 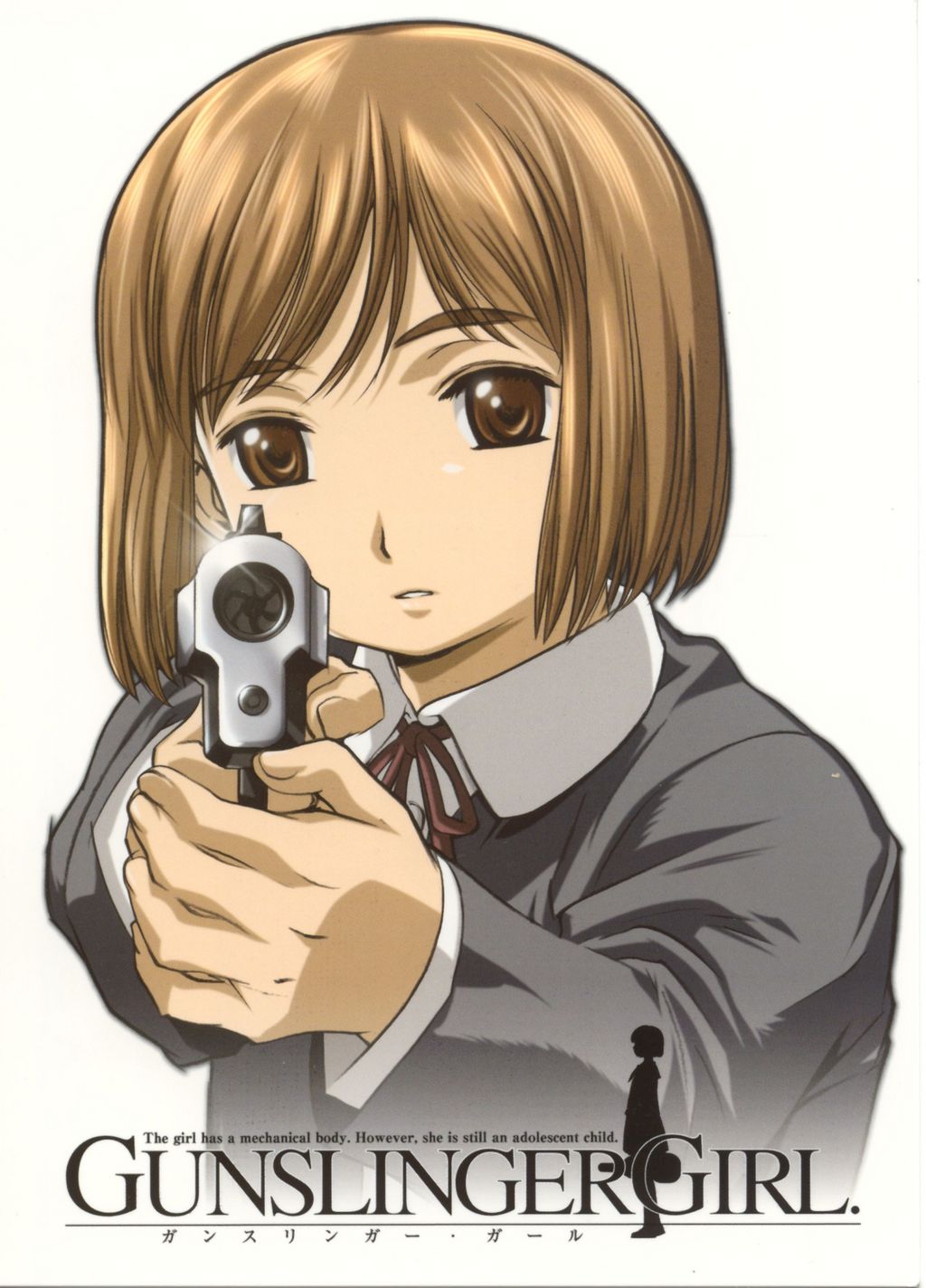 Do you see that sweet character: a little seven-year old girl or a clumsy high schooler? Well that innocent character is a bona fide killing machine. Under the naïve, helpless personality lies a dormant monster that wreaks havoc for the bad guys; and sometimes the good guys.

Often the innocent killing machine suffers from amnesia or periods of blackout when they turn into their twisted counter-part. Either manufactured or the possessor of supernatural abilities these characters don’t realize the atrocious acts they commit while under an induced state.

However, the eeriest characters are those who are fully conscious of their murderous intent. Gunslinger Girl is a perfect example. The main characters are hired assassins, otherwise known as average girls being rehabilitated by the state Social Welfare Agency. Outfitted with cybernetic prosthetics these killers have the lightheartedness of any typical elementary school girl.

The nicest characters may not be killing machines but when pushed too far they snap. The sweeter, gentler, kinder a character is the more destructive they’ll be when bullied or teased beyond breaking point. 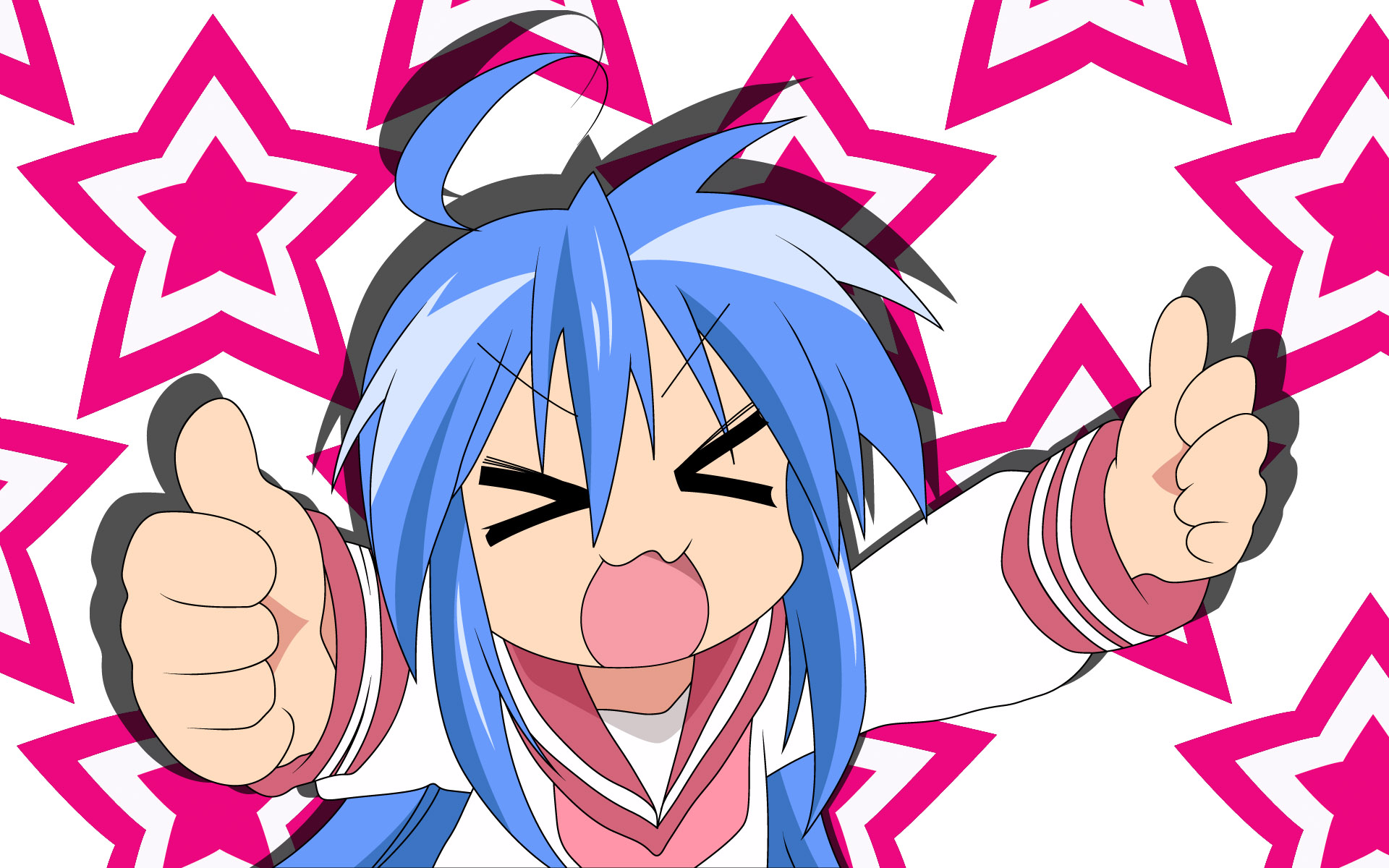 “Genki” translates to energetic or enthusiastic. This character is so upbeat and hyper one may think she’s been chugging Red Bull all day. She runs everywhere, talks quickly and loudly, and is bound to annoy the more mellow characters.

Contrary to popular opinion, the genki girl is often not a ditz. While overly energized, she is confident and determined. Her existence is almost solely for comic relief. However, the genki girl can slow down at moments for self-reflection and contemplation. But not for long! This character has to keep moving as if it’s her last day on Earth. Although females are more often characterized as genki, the trope does not exclude male characters.

Quick fact: Voice actors for these hyper characters often become famous just for being able to keep up with their dialogue.

A few examples: Excel from Excel Saga, Haruhi from The Melancholy of Haruhi Suzumiya, Tomo from Azumangah Daioh, Radical Edward from Cowboy Bebop, the Tachikomas in Ghost in the Shell: Stand Alone Complex.

Many anime characters aren’t just ordinary humans. This is immediately evident when you see the characters on anime movies. Whether they’re royalty from another galaxy, cybernetic, or just magical, anime characters often have a distinguished backstory. One of the most probable concoctions for a spunky character is to mix their DNA with that of an animal.

The animal girl is the product of “kemonomimi,” which roughly translates to “animal ears.” This anthropomorphic character has the ears and tail of an animal while retaining a human body.

One of the most recognized animal girls is the cat girl. She has the appearance of a human with the noticeable exception of ears and a tail. The cat girl has human skin, hair, and body proportions. The only way to tell that she’s even part cat is in her feline behavior.

Quick fact: There is a cat girl pose that originated in Japan. The pose is to pull your arms close to your body with your elbows facing downwards. Then using one or both hands, make a fist and put them up to your cheeks with the palms facing outwards. 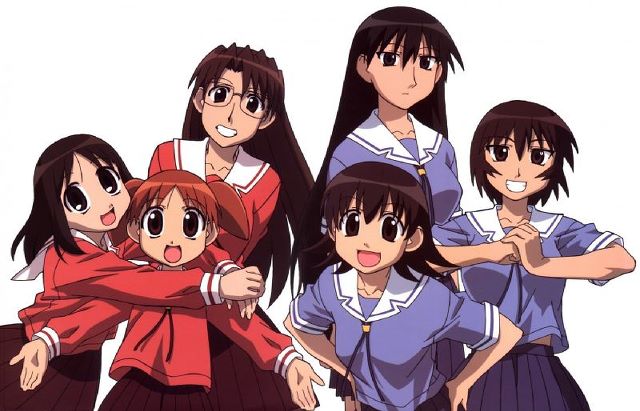 What about the normal high school students? Not all anime is full of exuberant elements and unrealistic situations. There are plenty of real life high school dramas.

I’m not talking about the one student who remains the same throughout impossible situations like in The Melancholy of Haruhi Suzumiya – cynical Kyon is paired with his quirky classmate Haruhi, who can unconsciously change reality. I mean the plausible storylines of teenage drama.

A few examples: Azumanga Daioh, Girl Got Game, Piano: The Melody of a Young Girl’s Heart. 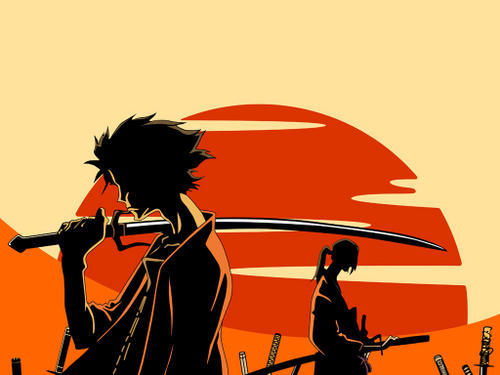 Samurai are the Japanese version of the “knight in shining armor.” They were meant to follow the bushido code of honor detailing that samurai would embody loyalty, self-discipline and morals. Interpretation of the honor code was left to the samurai, producing bandits and noble warriors.

Typical plot: lone samurai/last of his clan must wander the land atoning for some sin or pledge not to kill or multiple samurais must battle to be the ruling power of the land 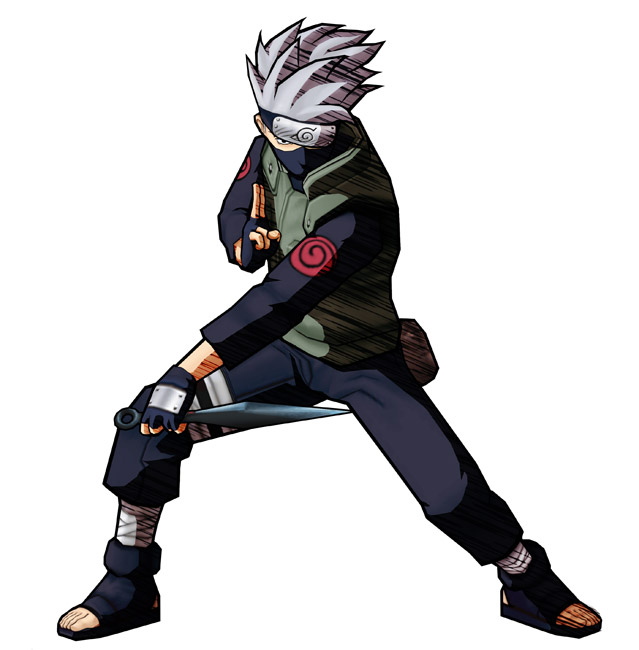 Ninjas – the baddasses of the anime world. The shadow warriors of medieval Japan come in all varieties. While some ninja types are still the black clad dagger-wielding fighters of our childhood stories, others are modernized average citizens – who could also turn you inside out with a flick of their incredibly strong pinky.

Naruto is at the forefront for ninja marketing in anime. Characters are popular kid and teen anime costumes for Halloween, and always popular at the convention of comic crazy fans, Comic-Con. These characters have daily epic battles showcasing shuriken skills, martial arts and lethal magic. However, classic ninjas still exist such as in the anime Ninja Scroll. 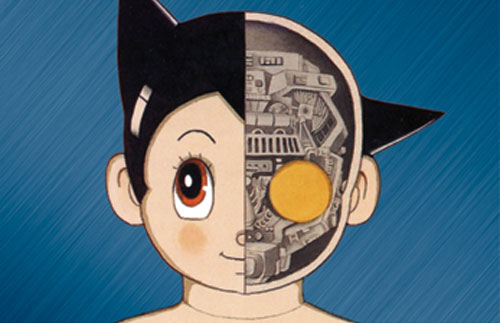 Mecha, Gundam, Megadeuse, android, humanoid, robot, Chobit – whatever label you want to use, it is still used to describe a non-human with mechanized parts. The Gundam Series created by Sunrise studios is the first anime that comes to mind when asked to pick out well-known robots. These giant robots, also called “mecha” and “Mobile Suits,” are operated by humans, often in intergalactic battles.

Biological robots or clones are artificial humans that have tampered with the laws of nature. Often in a futuristic world – a la Ghost in the Shell – these modified humans work for the greater good as detectives, police, CIA agents or hackers.

Quick fact: The Gundam Series inspired the first academic institution based on a TV series, the International Gundam Society. 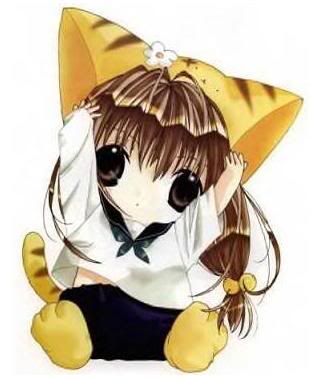 Smaller, more exaggerated, more adorable anime character. What exactly is a chibi? “Chibi” literally translates from Japanese to “short person” or “small child.” In anime or manga the chibi can be either a super deformed caricature with large eyes and a large head or a child version of a larger character. Chibi characters are often made as doodles of popular anime characters, celebrities, or even the president. In other instances, chibi characters are used as adorable mascots. 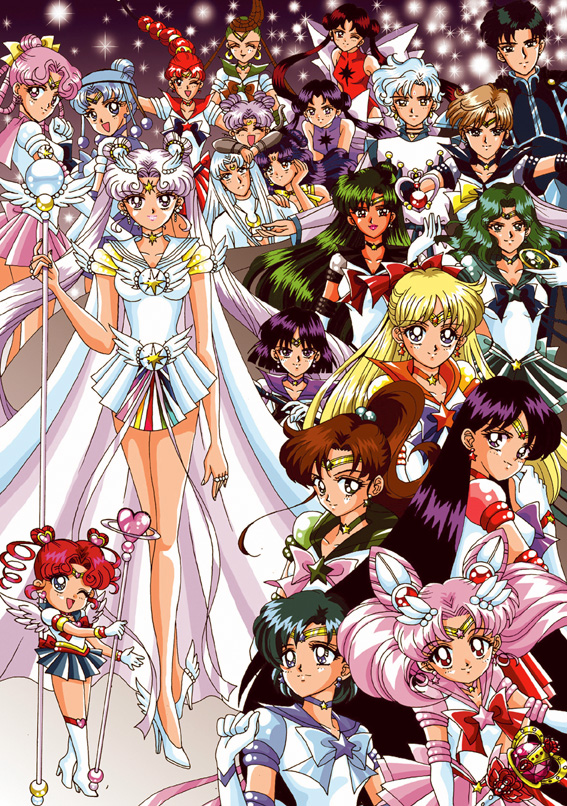 The magical girl, or mahou shoujo in Japanese, is a classic anime character bestowed awesome powers that both complicate and enrich their lives. The girl may be an ordinary high school student pre-powers or an otherworldly princess with amnesia struggling with a mundane school life and romantic interest. Regardless of the back story, these characters undergo a dramatic transformation – usually with the help of a wise mascot – into a “superhero like” form, complete with ostentatious wardrobe change.