These attractions might not make the front of the guide books, and in some cases they will require a trek off the beaten path, but new or old they represent truly moving architectural accomplishments. In some cases they are the work of a singular genius, in others the culmination of hundreds of years of anonymous work. Either way, I promise that if you love architecture you will not be disappointed.

Before you continue reading about the Top 10 Architectural Attractions Off the Beaten Path there is a special announcement we would like to share with you. Catalogs.com has negotiated special medicare rates for our vibrant community of seniors. If you are over the age of 60, you can head over to our Seniors Health Section which is full of information about medicare. All you need is your zip code and a few minutes of your time to potentially save 100s of dollars on your medicare bills. 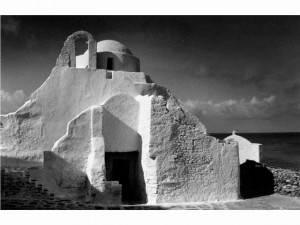 This unassuming structure is actually the current incarnation of five churches cobbled together over hundreds of years. Located on one of the most popular tourist sites in the Greek Isles, Paraportiani won’t automatically catch your eye, and many tourists are too preoccupied with the shopping, beaches, and night clubs to even notice it. But sit down with your sketch book and take a day to relax in the Mediterranean sun; watch the lines of light and shadow slither over the church’s ambiguous forms and you’ll understand that this is no ordinary building. 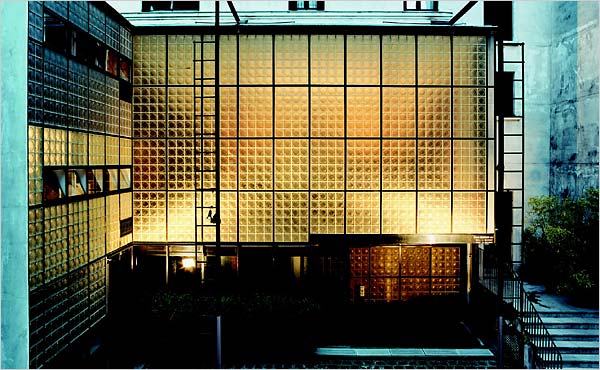 Built by little-known French designer Pierre Chareau, this home-and-studio is one of the most strikingly Modern houses of the 20th Century. The glass block façade is by turns monolithic and ethereal, and even the most minute of interior details represents a masterful collaboration between architect, furniture designer, and metal craftsmen. The remodeled home is rarely open for public viewing, but if you’re lucky enough to be in Paris when it is this is a ‘can’t miss.’ 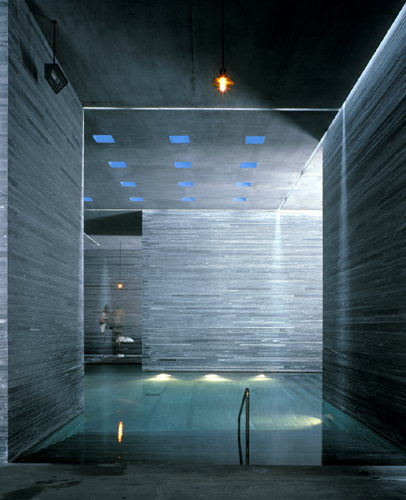 Designed by hermit-genius Peter Zumthor, this bath house is part of a countryside hotel resort in Switzerland. Open to the public, it is intended to serve as a ‘hydrotherapy’ center. The architecture appears timeless and even primitive– stark material selections and ultra-spare detailing create an atmosphere designed to put visitors in a state of true relaxation. Simple sensations of touch, smell, and hearing are amplified and (ideally) the worries of the world are put to the side as one meditates in the bath houses. 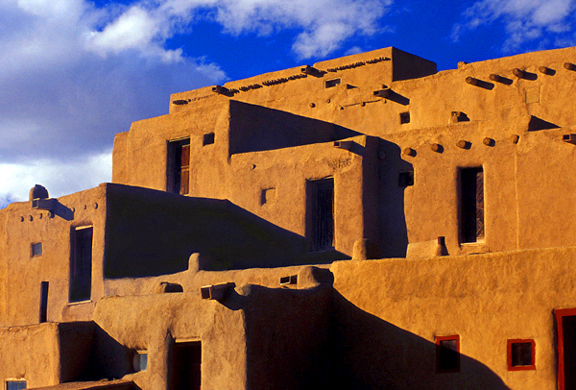 Like the Church of Paraportiani, these simple structures are the result of many years of organic design. Simple, spare, and entirely of their place, the houses are a monument to the architectural ingenuity of the Pueblo Indians. Again like Paraportiani, they may initially appear rudimentary, but take a day to watch the desert sun play with the smooth surfaces, and try to appreciate how the Pueblo (who still occupy the buildings) interact with their surroundings, and you will leave with a new appreciation for the work. 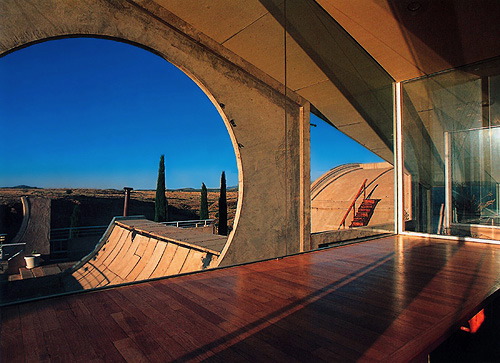 This quirky semi-hippie commune is the brainchild of architect/urbanist/ecologist Paolo Soleri, a former protégé of Frank Lloyd Wright. Intended to embody the principles of ‘arcology,’ Soleri’s combination of architecture and ecology, the community functions as a living laboratory for Soleri’s vision of an ecologically responsible future city. Begun in 1970, Arcosanti is under constant construction and currently functions as both a learning center and a tourist destination. 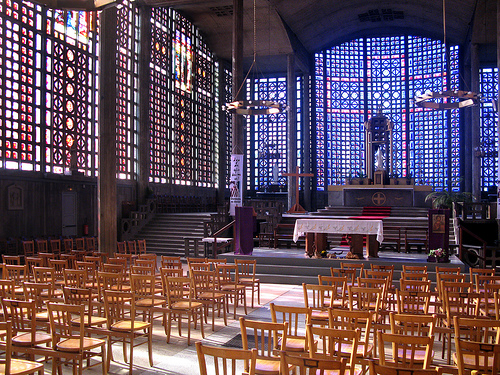 A modern take on the traditional French cathedral, Notre Dame du Raincy is located near Paris and was designed by architects Auguste and Gustave Perrett. Rendered primarily in concrete, the space is light, open, and entirely unique when viewed next to the great Gothic cathedrals that dominate France. 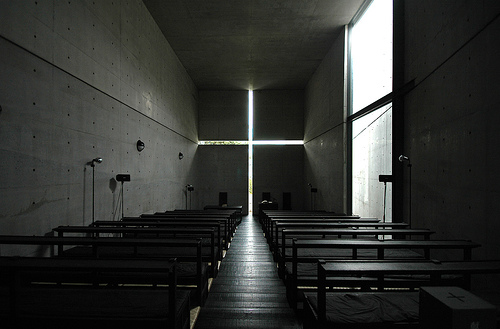 Perhaps the masterwork of Japanese master architect Tadao Ando, the Ibaraki Kasugaoka Church’s main chapel was built in 1989. It is a monument to craft, texture, light, and Ando’s own unique brand of Minimalism. 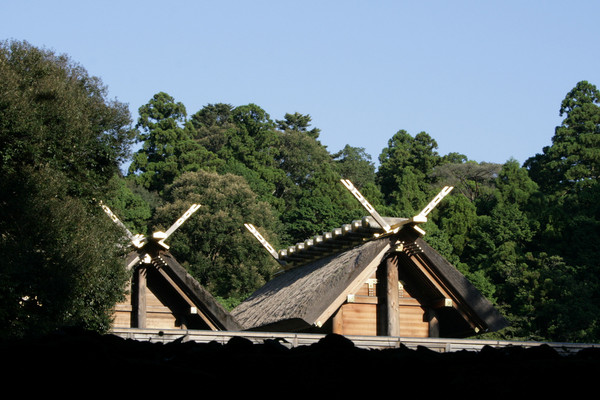 One of Japan’s most important Shinto shrines, this temple complex is truly unique– the particular architectural style used at this site may not be used at any other Japanese shrine site. Moreover, the inner temples are rebuilt in exactly the same fashion on alternating adjacent sites every 20 years as part of a Shinto parable of death and rebirth. The two main shrines in the complex are visible to tourists only from afar, but the grounds itself features 125 total shrines and breath-taking Japanese landscaping. 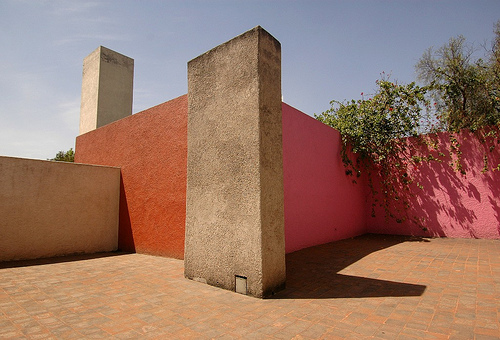 Designated as a UNESCO World Heritage site, this house and studio for Luis Barragan is a masterwork of mid-century Modern architecture and one of the most representative examples of Latin American Modernism. For any architecture buffs making their way through Mexico City this is a must-see. 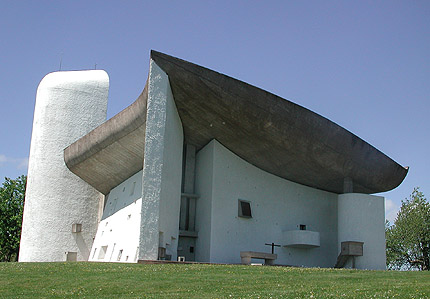 Requiring a car rental and a day-trip to the French countryside, this small cathedral designed by French architect Le Corbusier is difficult to reach, but well worth the effort. As silly as it is to pick a ‘number 1’ attraction, or a single most important building by Corbusier, this Modern gem is an obvious inclusion. It is perhaps the most powerful work in Corbusier’s oeuvre, as well as the most influential building of the 20th century.