The British are known for their stiff upper lips, which may have gotten that way from licking them in anticipation of eating some delicious British desserts.


You didn’t think British teas were just about tea, did you? After wolfing down their fish-and-chips, the Brits satisfy their sweet tooth with some tasty puddings, tarts, pies and cakes. Don’t be confused by the puddings because the term also means “dessert” in England. So pour yourself a cuppa and check out these delicious British desserts.

Before you continue reading about the Top 10 British Desserts there is a special announcement we would like to share with you. Catalogs.com has negotiated special medicare rates for our vibrant community of seniors. If you are over the age of 60, you can head over to our Seniors Health Section which is full of information about medicare. All you need is your zip code and a few minutes of your time to potentially save 100s of dollars on your medicare bills. 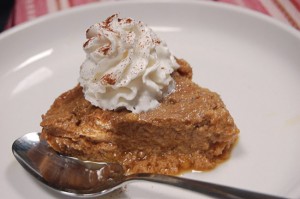 Haste makes waste, except when making Hasty Pudding. This quick and easy British dessert is made by cooking flour, butter, eggs and cinnamon in boiling milk until it’s the consistency of thick oatmeal. 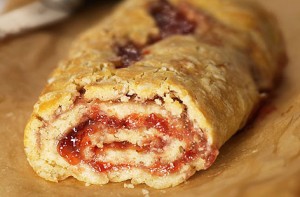 A favorite of British children, Jam Roly-Poly is a flat-rolled pastry or pudding made with suet (beef fat), then filled with fruit jam and rolled up in a spiral. It was once called shirt-sleeve pudding because it was steamed and served in an old shirt sleeve, giving it another less-pleasant nickname – dead-man’s arm! 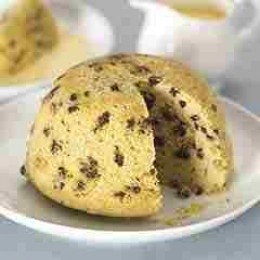 The British dessert with the odd name is a steamed suet pudding made with currants and served with custard. The currants are the spots and the other word may be a variation on the word “dough” or the German word for “thick.” 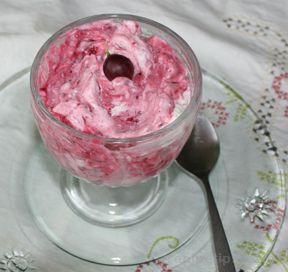 Gooseberry Fool is a cool summer dessert made by boiling and mashing gooseberries, then adding sugar and folding them into whipped heavy cream and refrigerating until set. 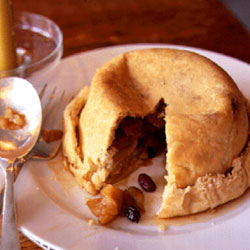 Hat desserts get their name from their hat shape and Apple Hat is the most famous of these British fruit puddings. A dough made from flour and suet is pressed into a pudding bowl, then filled with apples, raisins, cinnamon, sugar and other ingredients. Covered with a circle of dough, the dessert is steamed until cooked, then cooled and tipped over on a plate and served. 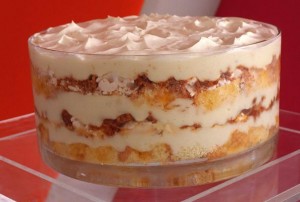 It’s a trifle hard to make Trifle, but well worth it. Thick custard, fruit, sponge cake, gelatin and whipped cream are arranged in layers in specially designed trifle bowl. For an extra kick, the cake is often soaked in sherry. 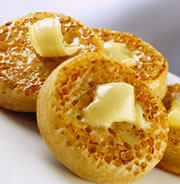 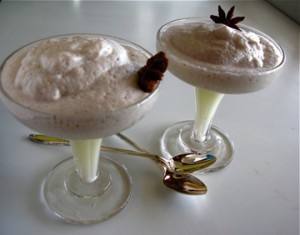 It sounds like a great name for a clown, but Syllabub is actually a traditional British dessert made from milk or cream mixed with sugar and lightly curdled with wine. It’s sometimes whipped like cappuccino into a Frothy Syllabub. 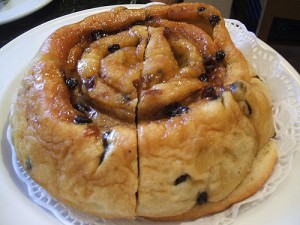 Lardy Cake is actually more of a dessert bread. This sweet and rich cake is made with flour, sugar, spices, currants, raisins and, of course, lard. Lardy cake is often on the traditional English tea cart, alongside fancier offerings like chocolate cakes, whipping cream cakes and a wide variety of fruit-laden cakes. 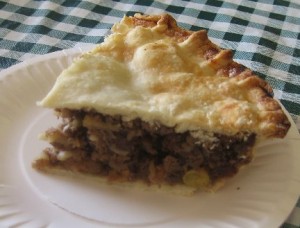 Although it once contained meat, today’s Mincemeat Pie is actually a fruit pie made by filling a pie crust with a mixture of cooked chopped fruits like apples and raisins, suet, cloves, nutmeg and other spices, and brandy rum or cognac. The Brits are also great fans of “mincemeat cookies and mincemeat cakes.