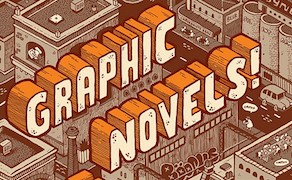 Graphic novel as are a great medium for storytelling.

They allow the reader to visually engage with the world that the author has created by combining the story with illustrations. Graphic novels are like comic books, but they tend to be longer and generally written for an adult audience. In this list of the top ten graphic novels for adult readers, we will explore some of the best stories this medium has to offer.

This unique tale tells the story of the author’s family and the hardships they suffered as Jewish people in Germany during the second world war. While Maus was originally serialized over eleven years it is now available in a two-volume set that covers the entire story.

Blankets is an autobiographical graphic novel by author Craig Thompson. It tells the story of his childhood as a budding artist in a strict evangelical Christian family. Blankets touches on themes like young love, the trails of adolescence, family, and religion. 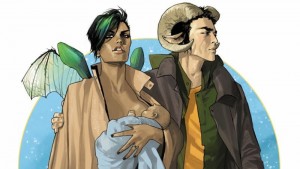 Saga is an epic tale in the mold of great stories like Lord of the Rings and Star Wars. It blends elements of fantasy and science fiction to bring to life a complex world with complex characters.

7. March: Book One by Andrew Aydin and John Lewis

March tells stories of the civil rights era from of the people who was actually there. Author Andrew Aydin teams up with representative John Lewis to tell the harrowing tales of this tumultuous and important time in history.

Ghost World is a very highly acclaimed graphic novel that tells the coming of age story of two friends from a small town. It explores themes of friendship, isolation, and coming into adulthood. 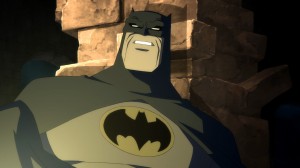 Batman: The Dark Knight Rises is a gritty Batman tale for grownups. Frank Miller’s darkly beautiful illustrations accompany this tale about justice, the limitations of aging and what it means to be a hero.

Alan Moore’s Watchmen stands as perhaps the most acclaimed graphic novel of all time. It tells the story of a very flawed team of superheroes and their battles against evil villains, each other, and themselves. All of this happens against the backdrop of such events as Watergate, the Cold War and the Vietnam conflict.

3. Black Panther: A Nation Under Our Feet by Ta-Nehisi Coates

Real Friends is a story about friendship and how people change. It tells the story of what happens when two best friends are separated by social groups as they get older. This story really gets at the heart of what it means to belong.

1. The Sandman by Neil Gaiman

The Sandman is a multi-part epic graphic novel written by contemporary young adult author Neil Gaiman. It is a dark tale that mixes magical realism, fantasy and historical drama.

Next time you are looking for a good read, consider giving one of the books on this list of the top ten graphic novels for adult readers a shot. Graphic novels are a great way to immerse yourself in new worlds and interact with stories in a deeply meaningful way.