Thrill-seekers come in all shapes and sizes, but the ones who take the cake are tourists of the paranormal.

People who intentionally seek out haunted locations in hopes of experiencing their own supernatural events. If you are hoping to have your own ghostly encounter, look no fourther. Here we will be examining the Top 10 Haunted Places in America.

Sarah Winchester began construction on her house in 1884 shortly after the passing of her husband and daughter. According to the Lady Winchester, the spirits of the undead would not let her rest unless she was constantly expanding on the house. The spirits demanded stairways that went to nowhere, doors that open to three story drops, and twisting, maze-like hallways throughout this mega-house. Sarah died in 1921 but you can visit the house for tours today in California.

The home of unseens horrors, the LaLaurie Mansion was the site of vicious crimes of inhumanity against slaves in 19th century New Orleans. Madame LaLaurie would regularly torture and kill her servants, and then hide the bodies in the basement of the property. The house is said to be haunted by the ghosts of these slaves who died at her hand.

Countless ghosts are said to still roam the halls of the Stanley Hotel. Famous for its inspiration for Stephen King, guests to this hotel regularly experience disappearing figures and unexplained noises. 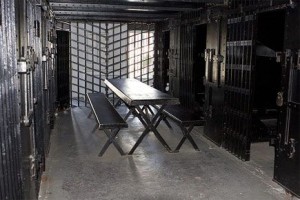 Established by Spain in 1565, St. Augustine stands as the oldest occupied settlement in the country. Four centuries of war, plague, and violence has left its’ mark on this town but it has tapped into its’ paranormal history and began offering ghost tours and haunted sightseeing groups so tourists can experience the history firsthand.

Past residents of the Sallie House claim that something truly evil resides within its walls. Every tenant to live in this house leaves after a short period of time, claiming to have been physically assaulted by things unseen. Multiple sources about the Sallie House blatantly advise against going to the house or attempting entry.

At first glance, this beautiful antebellum house has a touch of southern splendor to it. The history of the property is much more horrifying. A former slave plantation, Myrtles Plantation is haunted by countless former slave apparitions but one in particular, named Chloe, continuously pops up in photographs. 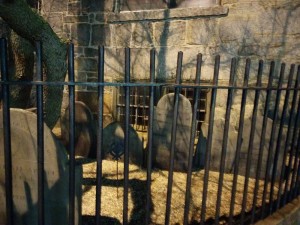 Infamous for the Salem Witch Trials, the ghosts that haunt the streets of Salem, Massachusetts are less likely to be actual witches, than the spirits of innocent women and men who were wrongfully murdered.

On the morning of August 4, 1892, Lizzie Borden brutally murdered both of her parents in their bed. Over 100 years later, we still have no answer as to why Lizzie committed such a horrible crime. Some say that the young woman had a mental break, others say something evil inside the house made her do it. Today, the house is a haunted bed and breakfast for high-level paranormal tourists. Guests report being touched in the night, and items moving around on their own. 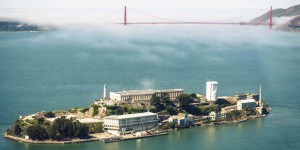 Paranormal experts claim that high concentrations of trauma happening in one location can seep into the walls, changing the place forever. Alcatraz is said to be such a location. As an active prison, Alcatraz saw endless violence and pain within its jailcells. Today, the island is abandoned except for tours.

Built in 1868, the Lemp Mansion was home to four generations of the wealthy Lemp family of St. Louis, Missouri. For reasons still unknown, every patriarch of the family experienced unusual amounts of personal loss and consequently died themselves by either natural causes or suicide. This much misery and suffering is said to be felt upon entrance into the house by guests. The mansion is said to still be occupied by the spirits of the tragic family.

Vacation at any of these most haunted places in America at your own risk!