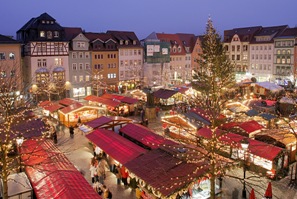 It is estimated that by the mid-19th century, nearly 8 million people emigrated from Germany to the United States.

With them, they brought their values, beliefs, feasts and celebrations. Many traditions were adopted by others in the community, making them part of the fabric of life in the United States. While Octoberfest might be the most recognizable, with its beer drinking, sausage consuming raucousness, another holiday is just as steeped in German traditions – Christmas. This time-honored holiday is full of pieces and parts of Germany. Here are our top ten favorites. 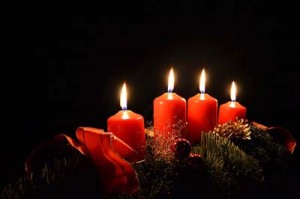 Made of evergreens, this wreath adorns tables across America. It is usually decorated with candles, one for each of the four Sundays before Christmas, also known as the season of Advent. In Germany, the wreath predates the Christian era, with a centerpiece of candles progressively lit to represent the shortening of days before the winter solstice celebration. This celebration was known as Julfest (pronounced yule-fest). It is, incidentally, where the English word yule comes from. 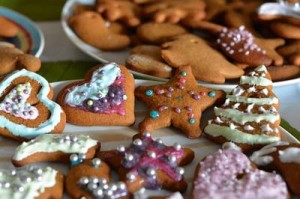 Not actually a bread, this term refers to the combination of cinnamon, clove, nutmeg, mace, ginger, allspice, coriander and cardamom. These spices are used in a variety of Christmas goodies, from the cake-like gingerbread to spicy gingerbread cookies. Gingerbread houses are made of hard sheets of cookie decorated with candies and icing. Many researchers believe that the first houses were a result of Grimm’s fairy tale “Hansel and Gretel”, where two children abandoned in a forest found an edible house with sugary decorations. 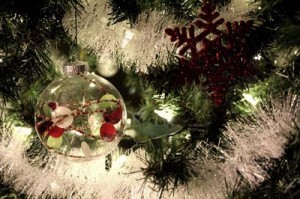 In the years before electricity, Germans festooned their trees with candles and colorful decorations. Today, trees are lit with bright Christmas bulbs instead of exposed flame. Exquisite blown glass ornaments found their way to Christmas trees in the late 16th century. In the 1880’s, F.W. Woolworth discovered these beautiful ornaments on a trip to Germany. He made a fortune on importing glass globes to the United States, binging another German holiday tradition to America. 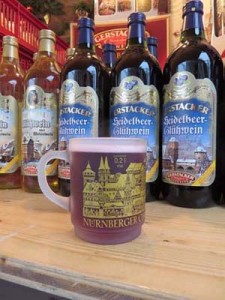 Christmas wouldn’t be the same without warm, spiced wine on a cold winter’s night. In Germany, this wine, known as Glühwein, is popular at the outdoor Christmas markets. Red wine is simmered with sugar, citrus and spices before being sold to shoppers in a decorative mug. There are many recipes for this beverage, some including sour cherries, brandy or other local ingredients. 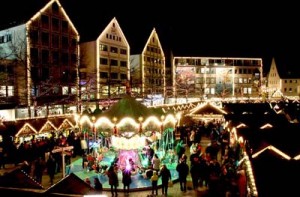 As soon as Advent begins, the Christmas markets open in Germany. While Advent often begins in late November, Americans open their German Christmas markets the day after Thanksgiving. Town squares are bright with lights and decorations. People gather to take part of the festivities, listen to brass band music, drink mulled wine and shop for gifts. These markets date back to the 14th century and are where people can find all they need for Christmas, from bakeware and decorations to toys and seasonal items. 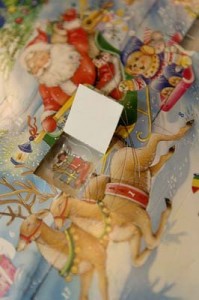 The Advent calendar was designed to help children count down the days to Christmas. Some calendars are a flat box with windows that open to reveal a special Christmas scene and give the opener a special chocolate treat. Others are more elaborate, made of wood or fabric with pockets that can be filled year after year, establishing fun family traditions. 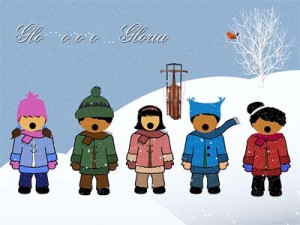 What would the season be without hearing “Oh Christmas Tree” or “Silent Night”? These carols originated in Germany – “Oh Tannenbaum” and “Stille Nacht” – and are as popular as ever. In America, people go caroling throughout the Christmas season, often dressed as characters from a Dicken’s novel. In Germany, the tradition of caroling ends the Christmas season. On January 6, children dress up like the wise men that visited Jesus in the manger and go door-to-door singing songs. 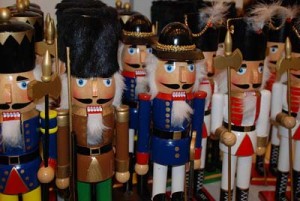 In German traditions, nutcrackers are given as gifts to bring good luck to a family and protect the home from danger and evil spirits. Nutcrackers with bared teeth are the fiercest of protectors, preserving the heart of the home. They also represent the circle of life. That is, as the seed from a nut falls to the ground, it grows into a life-sustaining tree, nurturing and feeding people for hundreds of years. It is believed that collecting nutcrackers in America began in the 1950’s, when soldiers returning home from WWII brought them home from Germany. 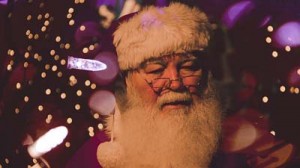 Santa Claus, St. Nicholas, Father Christmas, among other names, represents the figure who gives gifts to good children. In Germany, this happens on St. Nicholas day, or December 6th. Dressed up in his traditional red suit, he will ask children if they have been good or not. Lying is out of the question since he knows if they have been naughty or nice. On that day, German children set out freshly cleaned shoes to be filled with goodies, similar to American children setting out stockings on Christmas Eve. In both countries, it is far better to find a load of candies and small toys than it is to come up with a lump of coal. 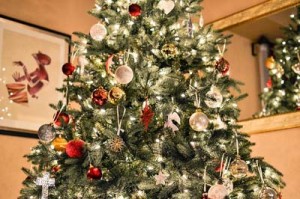 Believe it or not, the tradition of decorating a fir tree at Christmas is almost 600 years old. It began when bakers in Freiburg set up a decorated tree in 1419. In the 1600’s, Germans began decorating their trees with bright red apples, fabric flowers, candles and decorated gingerbread cookies to create the illusion of a tree blooming with life in the dead of winter. The tradition came to America with immigrants that arrived in the late 1700’s. Queen Victoria’s husband, Prince Albert, is credited with bringing the tradition to England when he set up a tree in Windsor Castle in 1841.