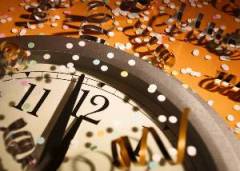 Whether you plan to ring in the new year with a small gathering, or join the hordes of people gathering at national landmarks, New Years Eve is a celebration that unites people from every denomination. 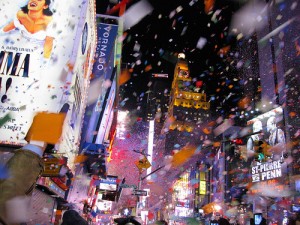 The Times Square ball drop (a tradition since 1906) is typically regarded as the most famous New Years celebration in America. Each year, the event draws hundreds of thousands of people to Times Square. In addition to the Times Square festivities, thousands of parties, concerts, galas, exhibits, tours, and family events can be found throughout New York City. 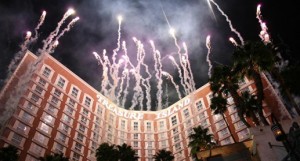 Las Vegas is celebrated as one of the wildest party places all year long, so it is no surprise that it ranks high on the list of cities for New Years Eve. The two biggest outdoor parties in Vegas will be held on The Strip and on Fremont Street. The Strip will be shut down to traffic all night, and a fireworks extravaganza will take place in the sky above the strip at midnight. Fremont street will feature world class musical performers and entertainers.

Nashville, Tennessee is a major destination city for music-lovers all year long; however, New Years in Nashville a particularly exciting time featuring a vast array of music-themed celebrations. Nashville’s Bash on Broadway features plenty of live country music and rock and roll as well as fireworks. Nashville’s riverboat tour on the General Jackson Showboat along the scenic Cumberland River is another first-rate Nashville, New Years attraction. 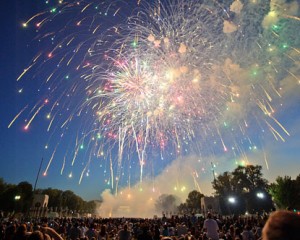 While the Big Apple drops a giant ball every new years eve, the city of Atlanta drops an 800-pound peach (The Georgia state fruit) at midnight on New Years Eve. Kenny’s Alley, a street filled with bars, discotheques and nightclubs, is one popular area of downtown Atlanta, that typically draws a crowd on New Years Eve. However, one of the biggest parties for 2011 in Atlanta will be held at the Crowne Plaza Ravinia Hotel. 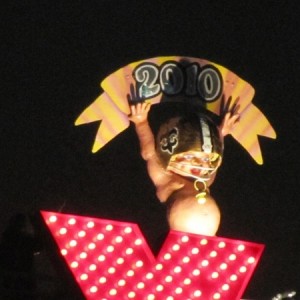 The Big Easy has a solid reputation as one of the best party spots in the country. While Mardigras in New Orleans is quite spectacular, many travelers actually prefer the New Years festivities, which draw people from all over the world. Hundreds of clubs, bars and restaurants host their own outrageous New Years Eve events all across the city. The biggest outdoor attraction is held in Jackson Square where the city celebrates by dropping the famous Baby Bacchus from atop of the Jax Brewery building in the French Quarter. The “baby” made of paper mache, was first debuted at the 1984 World’s Fair. Following this downtown “Baby Drop” event, expansive displays of fireworks explode over the Mississippi River. 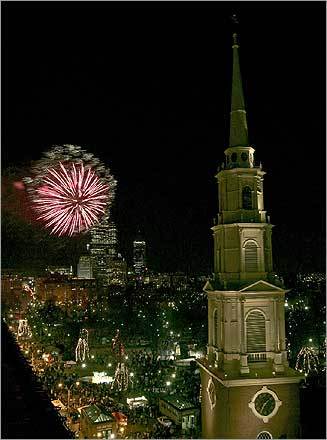 Historically, Boston is one of the most famous cities for New Years Eve because it was the very first U.S. City to open its downtown to family-oriented First Night festivities. Traditional Boston events include ice sculpture showcases, ice skating, music events, and fireworks shows. 2011 plans for Boston New Years Eve include various SYNERGY events, which are upscale, themed events featuring eclectic music, fashion and ambiance. 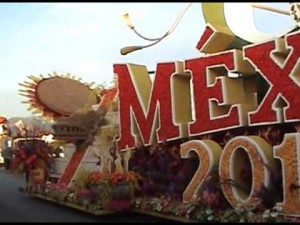 While much of the USA is covered in Snow on New Years, Pasadena, California is covered in…flowers! The Rose Parade, a Pasadena tradition, takes place on New Year’s Day and includes marching bands and floats covered in colorful flowers. An all-night party ensues that’s hard to believe…and then the Rose Bowl football game kicks off on January 1st. 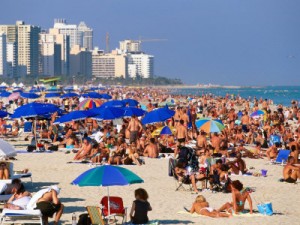 Miami is celebrated as city with beautiful weather, dazzling beaches, and gorgeous people! Why not celebrate the New Year in style and head to South Beach, where the dance clubs will be pumping with some of the hottest DJs from around the world! Other Miami events include fashion shows, galas, balls and fireworks. 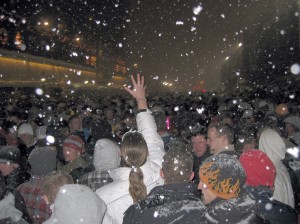 If skiing in the mountains is how you prefer to spend your new years holiday, check out some of the New Years packages and events offered by U.S. Ski resorts. The Lake Tahoe ski resort features a torchlight parade, sleigh rides, fireworks and exceptional new years eve parties that run through the night. 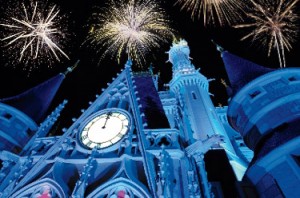 If you are aiming for a New Years Eve Fantasy that will appeal to the whole family, head for the magic of Disney World! Epcot center showcases holidays and new years festivals from around the world, a New Years Eve Cirque du Soleil production, a Jingle Jungle Parade in the Animal Kingdom Park, and The Osborne Family Spectacle of Dancing Lights in the Disney Theme Park.