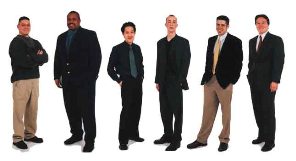 Cosmo, Elle, Good Housekeeping, Martha Stewart; they all expound on the multitude of ways to get the man you love.


There’s a common hiccup with all of these however. While interesting, humorous, and not just a little frightening, they’re always written by women. Seems to me that if you want to know how to get a man, why not ask a man?

So, to buck the trend and provide you with an insider’s perspective, I’m happy (and still a little frightened) to pass on the following top ten ways to get the man you love. 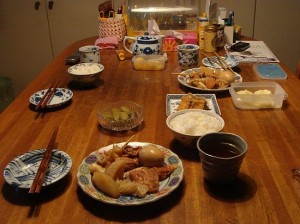 Not everyone can cook, that’s just a fact. But if you’re able, or able to learn, you’re a step ahead of the pack. A lot of guys, me included, aren’t exactly Bobby Flays but we do share one common attribute; we love to eat. Curly chili fries with that nasty, runny cheese on top will do in a pinch. But sitting down to a well cooked meal prepared by that special someone takes chow, and relationships, to a whole new level.

A woman that likes sports, even if it means rooting for the wrong team, is a great way to get the man you love. And not just for the reasons you may think; so you can yell at the TV as a single, well coordinated unit. No, it’s great because a lot of guys like nothing better than spending all day Sunday watching football for example. To be able to spend that time with a special woman will have him going back to church to thank the man upstairs for his good fortune. Now with that said, if you don’t, don’t pretend as though you do. Simply recognizing he does is enough. There’s a good chance he doesn’t see shopping as a spectator sport, but should respect the fact that you do, and vice versa. 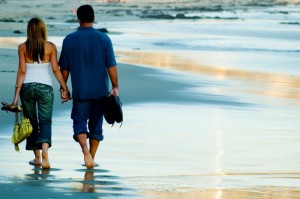 Not only is it unnecessary to flaunt your feelings to get the man you love, it can often be self-defeating. If you’ve ever heard “get a room!” uttered by a complete stranger, chances are the art of subtlety isn’t being practiced. A gentle squeeze of the hand at an opportune moment, grabbing his hand on your walk to the car after a nice meal (see, there’s item #10 again!) or a random “you look handsome tonight” will get his heart all aflutter. By the way, guys like a well-timed complement, at least occasionally, just as much as a woman. That’s sort of a 2-for-1 Top 10 deal there; no extra charge.

7. Take it at Face Value 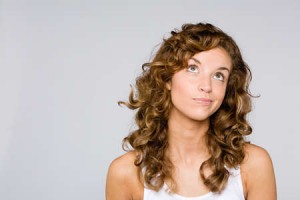 Sometimes what we mean is exactly what we said; no more, no less. Incessantly thinking and re-thinking what was really meant by an off-hand statement will not only make it harder to get the man you love, it will quite likely drive him into a minimum security mental institution. Empirical evidence would suggest this behavior has driven more men away from well intentioned women than mother-in-laws.

6. Picking the Right Time to Talk 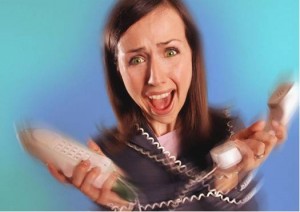 Contrary to popular belief, most men are not averse to discussing a wide assortment of serious matters, and that includes relationships. However, demanding to know “where this is heading” during the Super Bowl coin toss is going to be one tough sell. Now, you may not give a hoot about football in general, or the Super Bowl in particular, but respecting the fact that he does and exercising some restraint serves two functions: one, it displays a measure of courtesy and respect and two, improves the chances (exponentially) of the conversation going the right way. 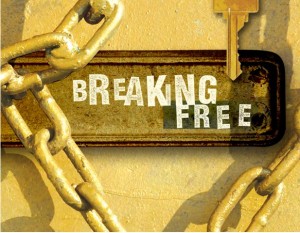 This of course applies across the board in any relationship. To get the man you love sometimes take patience; difficult to do with so much on the line. But pushing too hard too fast invariably ends up with unwanted consequences. 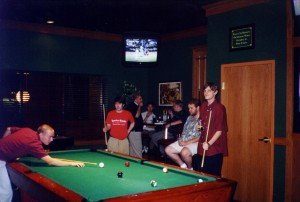 Going out to play some pool with friends isn’t a way to get away from you; really. Just as you enjoy a night with the girls, guys need some time to get out and let the testosterone flow freely, that’s all. I think we all know there are things you do and say when you’re hangin’ with gals you’d probably not share with a man, even one you love. The same applies for us. A woman that recognizes he has a life in addition to the time you spend with each other, is well on her way to getting the man she loves. 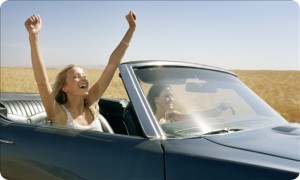 This could probably be even higher on the list quite frankly, but it’s called a Top 10 List for a reason, decisions must be made. You know what? If your hair isn’t quite perfect after a drive in the convertible, let it go. A man certainly doesn’t mind a woman that spends some time getting herself together, no doubt about it. But you really want to catch his attention? After a top-down cruise bust out a bobby pin, do what you can with it, and then move on. It’s a sure fire winner. 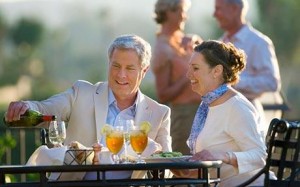 For a lot of guys, it’s the time he spends with a woman that makes it special, not where the time is spent. If you’re put off by evening plans that don’t always include getting started with dinner at an upscale restaurant, you’re going to find it harder to get the man you love. Shouldn’t it be about being together anyway? 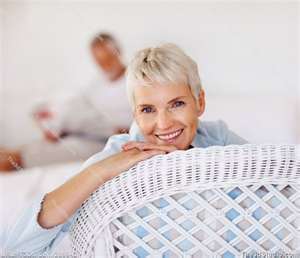 Now, I promised myself I wouldn’t fall into a political-like commentary on societal pressures put on women. But I can tell you this, those aforementioned magazines that seem to always suggest the ideal woman is 7’ 3” and 103 pounds? Yeah, we’re not buying those magazines, women are. For us a woman that is comfortable with herself is the kind we want to be with. They laugh more (and easier) they don’t require 13 hours of prep time to go out and they’ll hang with his friends as comfortably as he does. Show him you’re just fine with who you are; THAT’S how you get the man you love.