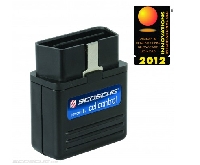 With the proliferation of mobile devices these days, there are all kinds of dangers when it comes to combining their use with driving. People are so used to accessing their mobile devices – such as tablets and smartphones – that they don’t really know when to put them down anymore. This becomes a real danger when you are talking about not putting the devices down even when you’re on the road.

Sometimes people actually feel as though they need to access their devices while they are on the road. The number of people who are working remotely also means there are a number of people who feel as though they have to work no matter where they are. Sometimes people actually use their commute in order to get some important work done. Telling these people they need to put the phone down and wait until they are done with the commute isn’t going to work.

If you are one of these people, you know who hard it is just to stop and put the mobile device down until you get to your destination.

Luckily there are a number of ways of using tech devices in your car safely. The number one way in which to use tech devices safely in the car, if you absolutely have to be using these devices on the move, is to use “handsfree” capability.

Handsfree connections such as BlueTooth is the absolute best way to make sure you can use your phone without having to hold it or constantly be looking down at it. The good news is most new cars come equipped with some kind of BlueTooth technology that allows people to make and take calls quickly and easily.

The really high-end hands-free technology is the kind that will also allow people to send or hear a text message and email. This kind of technology isn’t nearly as prevalent as those that allow you take calls, but it also ramps up the safety of the device. Some technology also exists that will allow you to hear that you have a text but won’t actually let you respond until you’ve stopped. There is also plenty of in-dash and in-steering wheel controls that allow people to keep their eyes on the road while they control their entertainment system. Sometimes looking away from the just to adjust what radio station you are listening to can be enough to cause an accident.

For those who have dedicated themselves to making sure they are driving safely but have kids who aren’t as safe, there are a number of different choices. One particular option is a device that can be plugged into your car and block all kinds of different smartphone functions. The device, known as the Cell Control Text Blocker doesn’t allow any kind of transmission from the phone while the car is moving.

In fact the device does quite a bit more than simply not allow a text to go out. If someone picks up their phone and starts to try and type they will receive a message on the screen that device use is restricted. Once the car is no longer in motion, the user will get full control back. If it’s a matter of stop and go traffic, the car starts moving again and the user is locked out again. This kind of device is useful for parents who feel as though they can’t trust their kids not to text and drive. The device is also quite useful for those who may not trust themselves.

There are any number of studies that show people sometimes feel compelled to use their phones, especially on long drives when they’ve been in the car for a while. Using a Text Blocker will help them avoid the pull of checking their email or text messaging.