What are artisan foods 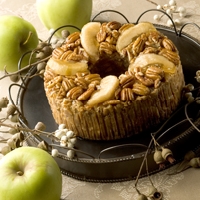 What are artisan foods? Hmmm … Are you stumped?

The term ‘artisan’ depicts food produced by non-industrialized techniques, primarily those handed down through the generations but in peril of being lost.

When a person practices a handicraft or trade he is a crafts person or artisan. Producing foods and beverages, such as cheese, wine, bakery items and other sweets in small amounts, using traditional methods is the definition of someone who produces artisanal foods.

Before you continue reading about the What are artisan foods there is a special announcement we would like to share with you. Catalogs.com has negotiated special medicare rates for our vibrant community of seniors. If you are over the age of 60, you can head over to our Seniors Health Section which is full of information about medicare. All you need is your zip code and a few minutes of your time to potentially save 100s of dollars on your medicare bills.

This is the precise opposite of what you are probably accustomed to eating for lunch: A slice of processed cheese slapped between two slices of white bread. If this were an artisanal sandwich, it would consist of hearth-baked, hand-crafted bread and cheese.

Food connoisseurs certainly know the difference because the taste is far better and the food is healthier.

This food is the outcome of non-industrial productions, characteristically small-scale and traditional. Homemade jam is an example of this as are the items you pick up at the local farmers’ market.

This food is the outcome of the Slow Food Movement, started in 1986 in Italy, when attempts were made to prevent a McDonald’s from opening in Rome near the Spanish Steps. The Slow Food Manifesto objects to big international business interests. The idea behind the movement is what you are eating should be good for the body as well as nutritious and good for the environment.

This means food should be grown and harvested in ways having a positive effect on the ecosystem and encouraging biodiveristy. Furthermore, those who produce these items should be rightly compensated for their labor as well as treated with dignity.

In Europe there is an event called “Canteens for Change,” promoting the importance of schools playing a role in how children eat and their attitude toward and knowledge of what they are consuming. It also promotes reconnecting with tradition, teaching kids about the origin of what they are eating, production methods and how food should taste.

In the past, before the advent of modern cooking conveniences and processes, food was permitted to develop unhurriedly and naturally, as is the process when something is fermented. This takes time so it hasn’t been readily adapted by modern society because few people have the luxury of investing so much time in preparing meals.

The producer is knowledgeable about the raw materials he uses and knows where the products originated as well as the benefits of eating these particular items.

Artisan food is not mass-produced; it is circumspectly created with awareness to detail. Quality is the goal, not quantity. It is produced for health and taste purposes and not for profit. Some define this food as the product of the cook’s creativity and concern about the ingredients utilized as well as the origin of the ingredients and their safety for consumption. Those who adhere to this philosophy are defined by their veracity, meaning their interest in what they are producing and the people who consume it as well as the impact the products have on the environment.
~
Artisan cooking processes include brewing and charcuterie, confectionery, bread-making and cheese-making. Charcuterie refers to cold cooked, cured or processed meat and meat products.

Taste is critical. Foods created in small amounts with scrupulous attention to ingredients and processes used ultimately taste superior to foods that are mass-produced.

When an individual prepares a cake precisely as her great-grandmother did 100 years ago, the individual is creating an artisan product. Some may protest this is doing it the hard way when one opts to eschew modern short-cuts but the proof is in the pudding. The cake is far better than one that came out of a box and it’s better for you because the components are fresh.


To achieve perfection in a product, it requires gentle mellowing. It is not something you can whip together in an hour.