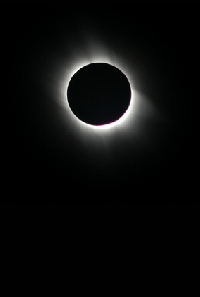 From puppets to lunar eclipses, we love to see shadows.

Is there someone following you down the street? Around corners and stopping every time you hesitate and look in a shop window? Did you somehow walk out the supermarket door into the plot of a suspense novel? Are you being shadowed? Yes, definitely. By your shadow.

What causes shadows? They’re caused by the introduction of a solid object between a light source and another surface such as a person, the sun and the pavement. A person, lamp and a wall produces a shadow.

Kids and their Shadows

Light and shadows fascinate people of all ages. Babies will move in curiosity when they spot one. Leaves on a tree, puppets in the light, laundry blowing on a line or the shadow of a parent or caretaker piques their interest. Toddlers and little children get very excited when they discover their shadows and even more excited when they discover that they can change their shadows’ shapes by moving their bodies.

One of the greatest storybook moments occurs when Wendy Darling meets Peter Pan and explains to him about how his shadow works. We just know that the rest of the story is going to be extraordinary. Additionally in the Philippines and some other parts of Asia, intricately cut paper puppets are used for shadow shows.

What you can do with a Shadow

A mother raising the baby-carriage top would tell you that you can use shade, another word for shadow, to protect a baby from too much sun. An older child will tell you that you can make shadows to amuse little ones by moving your fingers this way or that to make a bunny, a camel, a bird or a scary monster.

Artists of all kinds will tell you that the relationships between light and shadow form a foundation for many art forms. Tack a piece of paper to a sunny or brightly-lit wall, trace the shadow of a child or friend’s head in profile and you have an old-fashioned silhouette portrait.

What causes shadows in space? One of the most interesting shadows you will ever see is during a lunar eclipse. While an eclipse of the sun is caused by the body of the moon moving between the sun and the earth, a lunar eclipse is one more shadow game. The earth passes between the sun and the moon. Because the moon has no light of its own, we watch the shadow of the earth reflected as it passes over the moon.

Early eclipses of both kinds terrified those watchers who lacked the modern scientific explanations of what was actually happening. Solar eclipses have always been rare but they reinforced the constant winter fear that perhaps the sun had ceased to shine and the world would become dark forever.

More frequent lunar eclipses were fearful but since many people saw one or several within their lifetimes and could remember the moon returning lunar eclipses mostly just complicated already confused astronomy. People believed for centuries the earth was the center of the universe and the only way to explain the apparent movements of planets, the sun and the moon was to theorize that every few rotations around the earth the planets, sun and moon looped backward in their orbits to correct what was believed to be their proper arrangement. When astrologers describe a planet as ‘in retrograde,’ that is the old belief to which they are referring.

Eclipses Only Come Around Once in a While

Perhaps there is new technology that explains this better to children. Almost every adult remembers the orange-grapefruit-flashlight classroom lesson, sometimes varied with a ping pong ball and tennis ball playing the fruit parts, and how hard it was to keep everything spinning and rotating at the same time.

Perhaps the best thing to do with the great cosmic shadow play we call an eclipse is just to enjoy it. Or bundle up, break out the flashlight, aim it at the garage door and let your child put on a shadow show. No spinning or rotating required.