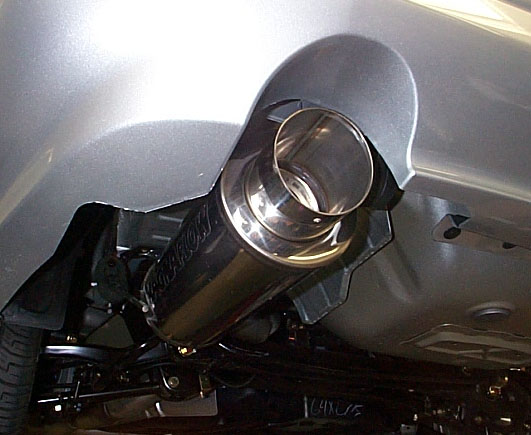 Exactly what is sounds, or doesn’t sound, like is what mufflers do

You may not know a darn thing about mufflers but you know when someone’s isn’t working properly. Motorists can be pulled over and cited for loud mufflers. What do mufflers do? They muffle sound.

This car part hushes the noises that emanate from the engine. When it is broken, loud, annoying sounds escape.

The sound can damage a person’s hearing.

What you hear it a mix of various sound frequencies that occur when the vehicle is driven a certain speed.

Mufflers consist of chambers and tubes created to reflect sound waves formed by the car’s engine. A resonator is linked to the first chamber, containing a certain amount of air and length that causes the wave to cancel out specific frequencies of sound.

Sounds waves and exhaust gases go through the center tube in the muffler and bounce off the walls. Both are reflected through the main body hole. When sound waves hit a hole, a portion of the waves continue into the chamber while some are reflected.

The wave moves through the chamber, strikes the rear wall of the unit, and bounces back out of the hole. The gases and sound waves proceed through another set of holes into another chamber. Ultimately they exit the final pipe and the muffler. he chamber length is designed so that waves exit the resonator chamber immediately after the following wave reflects off the chamber outside.

Other components inside this car part lessen the sound level. The body consists of three levels, including two thin layers of metal. There is a slightly insulated, thick layer in between the two thin layers that helps the body absorb part of the pressure pulses.

Every time an air wave bounces around this leads to back pressure. Race car drivers do not want back pressure because ti lead to pressure on the engine, reducing power. Consequently, NASCAR drivers face in muffler-less cars. That’s why you hear that resounding roar as the cars zoom around the racetrack.

There are mufflers that reduce back pressure including one called a cherry bomb or glass pack. It only uses absorption to lessen sound. The exhaust goes through a hole-filled pipe. This pipe is encased by glass insulation, which absorbs some of the pressure pulses.The insulation is surrounded by steel housing.

The life of a muffler …

There are various factors that influence the life of a muffler. When living in an exceedingly humid climate the car part’s lifespan is shortened. Exhaust systems rust and when this happens they become louder and less effective. Salt used on roadways during the winter damages this car part, causing them to rust faster. Regularly washing the undercarriage of your vehicle routine helps extend the life.

Short trips are hard on this car part because the exhaust system doesn’t get hot enough to steam the water in the system. Walk to the corner market.

An old exhaust system damaged by roadway debris can beco