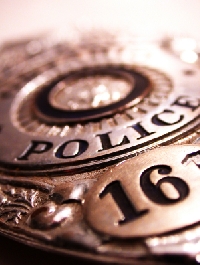 Find out what real-life CSIs do at the crime scene and in the lab.

Television shows featuring crime scene investigators have become so popular in the last several years, beginning with CSI, NCIS and Bones. But how much of what we see on TV is real? What does a crime-scene investigator do in the real world?

What Does a CSI Do?

There are many aspects of crime scene investigation. The television concept of one or two people working a crime scene, collecting evidence and analyzing the evidence is not quite accurate. In truth it takes a team of people at the crime scene, another team in the lab and various specialists called in to consult. All of these people specialize in forensic science ? the study of science as it applies to the law.

When the police and emergency personnel arrive at a crime scene, their first priority is always to attend to any victims who are still living. They are charged with doing everything necessary to save their lives and ensure their safety, even if doing so will destroy key evidence. All police on the scene wear special law enforcement gear to help ensure they don’t injure themselves while caught in the middle of a dangerous crime scene.

The first responders also arrest any suspects, detain witnesses and contain the crime scene in order to preserve the integrity of the evidence. The scene is cordoned off, usually allowing for only one entrance and exit. This controls the number of people who are moving into and out of the scene.

If someone has been killed, the medical examiner is called to the scene. It is the ME’s job to certify death, take temperature readings of the body and surrounding air for use in determining the time of death and make an initial assessment of the manner of death: natural, accidental, homicide or suicide.

The Search for Evidence

The investigators wear coveralls and surgical gloves to ensure that they do not contaminate the scene with their own fingerprints, hair or clothing fibers. Numbered cards are placed at the spots where key evidence is found. The numbers correspond to a schematic of the scene and an evidence inventory.

Each piece of evidence is recorded and packaged in a way to make any tampering immediately apparent. A meticulous log is kept of anyone who handles a piece of evidence so the chain of evidence from the crime scene to the courtroom is complete and without mistake.

A forensic photographer takes extensive photographs of the scene with special emphasis on entrances and exits, the location of evidence and the body if it’s a murder. These photos will be made available to both the prosecution and the defense if the case goes to trial.

If there is a corpse, it will be carefully photographed and examined by a forensic pathologist. A forensic pathologist is a doctor who specializes in injuries and diseases of the body and how they connect to the law. The pathologist will often be called as an expert witness by the prosecution at a trial. At the crime scene, the pathologist will examine the body and its surroundings, checking for discoloration of the skin from pooling blood. He or she will supervise the bagging and removal of the body.

Any fingerprints found are lifted by one of a variety of methods, depending on the location of the print and the age and quality. Obvious prints left by dirty or bloody hands are photographed. Not-so-obvious prints are dusted using a powder like ground aluminum and then lifted using an adhesive tape.

Footprints left on hard surfaces are photographed. Any footprints that have left an impression in a soft surface like mud will be cast in plaster. Similar methods are used for dealing with tire tracks. The investigators have access to computer databases of shoe sole patterns and tire track patterns, which they can use to compare the evidence found at the scene.

Other incriminating marks can be left by tools, weapons and clothing. When tool marks are left behind like on a window that was pried open, every attempt is made to remove the entire item to the lab for further examination. If this is not possible, the item will be photographed and carefully documented.

Blood drips, spatters and smears will be photographed with a careful notation of the location of each. The location and direction of blood drops and spatters can give forensic scientists important information about the attacker like where he or she stood, how many times the weapon was swung, his or her height and whether he or she is right- or left-handed.

Once the body and evidence have been moved to the lab, where lab supplies aid the real work of analyzing the evidence. If there is any doubt about the identity of the body, that will be a first priority. Identification will be made using a variety of methods like dental evidence, physical description, jewelry and personal effects found on the body.

Other techniques include looking for scars, birthmarks, tattoos and fingerprints. They also might seek identification from relatives or serial numbers on breast or bone implants. The pathologist will complete an autopsy, and an official determination of the cause of death will be made.

There are many other specialists that may be called in on certain cases to help with the investigation. These can include: