What is a franchise? 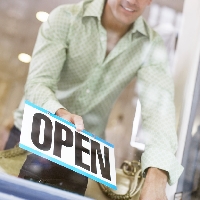 Investing in a franchise business? Tips, history and types of modern franchises

Investing in a franchise enables independent, third party investors to quickly start up a retail or service business under the name and trademark of a larger business. Franchisees are also able to take advantage of the the infrastructure and tools of an existing business model, which can be less risky than launching and developing a new business from scratch.

The word ‘franchise’ is a derivation of the ancient French term ?franc?. Literally translated, franc means ?free.? However, in ancient France, the word was also used to indicate a particular right or privilege.

Before you continue reading about the What is a franchise? there is a special announcement we would like to share with you. Catalogs.com has negotiated special medicare rates for our vibrant community of seniors. If you are over the age of 60, you can head over to our Seniors Health Section which is full of information about medicare. All you need is your zip code and a few minutes of your time to potentially save 100s of dollars on your medicare bills.

The history of franchising actually began in Europe in the early 1800’s, when ale brewers in Germany granted rights to particular tavern owners to sell their ale.

Early franchising in America is often attributed to Albert Singer, who founded the Singer Sewing Machine Company, and set up a variety of franchise Singer retail locations in order to sell his sewing machines over a vast territory of the country.

Franchising grew to become particularly popular in America after World War II, where there was a dramatic rise in the demand for products and services.The Baby Boomer generation has been credited with leading the success of modern franchise businesses. Today, there are three basic varieties of the contemporary franchise business model.

What is a Franchise? Three Types of Modern Franchise Business Systems:

2.   Trademark or Brand Name Licensing: This model gives the franchise licensees the right to use the parent company’s trademark, name or brand in conjunction with the operation of their own business ie. beverages (Coca Cola) and sport franchises (Miami Dolphins, New York Yankees, etc).

3.   Business Format Franchise: The most common type of franchise is referred to as the standard business format, which includes franchise businesses such as Subway, McDonald’s, and the UPS store.

Ultimately, the franchising system offers entrepreneurs the opportunity to own and manage their own business, without having to reinvent the wheel.

Resources:
Business Law: Free Advice
Is a Franchise Right for You?