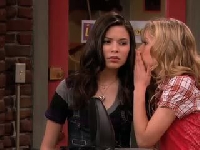 Find out what is a hobknocker

Every year a handful of new words seem to appear out of nowhere. People adopt the words sometimes with only a vague idea of what it means ? whether it?s an insult or sign of affection. Sometimes the definition of a single word multiplies so fast it?s difficult to keep up.

One of these new and ever-changing words is ?hobknocker?. Many have wondered what is a hobknocker and few have found a satisfying answer. The word is not in the dictionary. In fact, it comes from British slang.

Confusion over this word began in 2009 when it was said by a British character on the Nickelodeon show iCarly on the episode ?iRocked the vote?. Though the channel is known for  providing clean and often educational fun for kids, viewers were confused.

The show never explained the term and many viewers, parents and children alike, took to the Internet expecting a simple answer. Unfortunately, simple answers are hard to come by online.

Part of the confusion is in the word itself. People often mix it up with another, quite different word ?hobnobber? (which refers to a common companion, someone who hobnobs). Other causes for confusion include the fact that the word has multiple definitions, multiple variations and many online users inventing different meanings and passing them off as real.

Multiple ways to write it

To find out once and for all what a hobknocker is, it helps to be familiar with its spelling variations. These are:

Often perceived as a dirty word, perhaps the tamest definition comes from the construction industry. According to a law case from New York State, a hobknocker is machinery used to break up cement in light stands. The problem with this machine is that it scattered concrete debris over a wide area. Cleaning this debris led to injuries which led to a court case.

Granted, machinery is probably not what most people have in mind when they throw around this term.

One of the most common and crudest meanings of the word is a person who hits other people in their privates. If you find that gross and offensive, particularly because it was used on a kids? show, you?re not alone. At first, parents expressed outrage, but as there?s no official definition, there?s no evidence that the character on the show meant the word in this way.

Viewers on the iCarly fan board linked to this meaning in the Urban Dictionary by way of explanation. However, this and other sexual definitions were created after the show was aired. Giving iCarly the benefit of the doubt, there are other accepted meanings.

According to British viewers who chimed in on parenting forums, the slang refers to someone who enjoys hurting animals. In the context of an insult, this makes sense. Someone who hurts animals for kicks is a jerk. Calling someone a hobknocker is a round-about way of calling them a jerk.

A maker of shoes!

The cleanest version looks closer at the etymology of the term. Hobnails were used in the soles of boots to hold them together back when shoes were made by hand. Therefore a hobknocker would be someone who hammered hob nails!

Simply meant as a silly insult

The least surprising answer to what is a hobknocker is also the most likely. It?s a silly-sounding word used to peak curiosity. And it worked because we?re still talking about it today! That?s not to say the word didn?t exist before the show?s airing because it did.

Modern language is continuously borrowing older terms from the past and giving them a second life, but the sentiment doesn?t change too much. You may recall a grandparent using this term on a conservative in the same way those on the right call progressives ?dirty hippies?.

If anyone ever asks you what it means, tell them it’s most definitely a maker of boots and leave it at that.