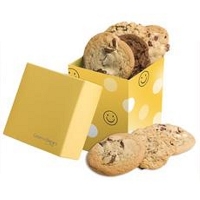 While some people think that giving gifts is just the thing that people do, there are some rules of etiquette. In order to make sure that you aren’t breaking these rules, either as someone who is accepting gifts, or as someone who is giving them, you should brush up on the current norms for corporate gift giving etiquette.

There isn’t one hard and fast set of rules for each company, but rather there is a set of rules that can be bent and changed depending on what the company finds important. The guidelines are basically the same in the entire business community, even if there are a few changes here and there.

Put a Personal Spin On It

This does not mean that you should be sending a female client or boss some lingerie. What this means is that you shouldn’t be sending out something that looks generic. If you do give a gift that is clearly something the company gives out at the county fair, you aren’t going to get much credit for it. A tasteful gift like a box of gourmet cookies can go a long way towards accomplishing the goals you set out when you decided to send a present in the first place.

You should also make sure that you are being sensitive to religious beliefs. For instance, if you send a Christmas gift out to a client and that gift is Christmas themed, you need to make sure they don’t practice a religion that doesn’t recognize Christmas. You also shouldn’t be sending something that has heavy religious overtones, even during that time of year. The same can be said about any religion. You should never assume you know what your clients practice and you should make sure your gifts are culturally sensitive.

Which leads us to the next piece of etiquette.

How Much To Spend

When talking about giving gifts, the first thing you have to keep in mind, is that very expensive gifts are a bit of a no-no. There are plenty of companies out there that have a kind of ceiling, either for what you are allowed to give or what you are allowed to receive. Usually the ceiling is rather low, because spending hundreds of dollars is never in good taste, and may often be against corporate policy.

A good rule of thumb is to keep the gift under a certain dollar level. This allows you to spend enough money to put your own stamp in the gift, without things getting out of hand quickly. While some people feel as though they can’t spend enough to really show their thanks or appreciation when it comes to a gift like this, there are plenty of ways to shape the gift in order to fit in your personality.

A Fine Line When It Comes To The Boss

It can seem like a given that you should give your boss a present during their birthday or other big gift giving holidays. The fact of the matter is this can be seen as quite untoward if done in the wrong way. As a rule of thumb, you should actually steer clear of this kind of thing, unless the rest of your workplace is on board. The safest way to go about doing this is to get your coworkers to all team up and get the boss something.

If it has been a long established practice that workers give their bosses something, then you can do it along the regular rules. You should not be the the one person who is handing your boss a gift and leaving others out in the cold.The reverse is also true. If you are the boss, you should be giving all your employees gifts, or none of them.