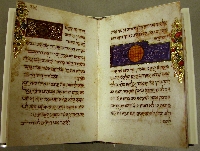 This is why Passover is a holiday celebrated by Jews world-wide.

With its origin dating back over 3000 years, Passover is, without doubt, the most memorable of all Jewish holidays. Lasting eight days, it is the celebration of Moses leading the Israelites out of Egypt.

The Pharaoh?s refusal to allow the Hebrews to leave brought about the infamous ten plagues, described in chapters 7-12 of Exodus. In the telling of Passover, it is said that by God’s command and assistance, Moses inflicted the plagues to force the Pharaoh to release the Jews from slavery.

The deadliest of all the plagues was the last one, the tenth, which caused the death of the firstborn of every Egyptian family, including the Pharaoh?s. Moses instructed Israelites to mark their doors with the blood of a spring lamb so that God could identify Israelites and pass over their homes, thus sparing their families.

Passover commemorates and celebrates God?s sparing of Jewish lives and everything Jewish. The Hebrew name for Passover is Pesach, meaning “passing over” or “protection”.

After the tenth plaque, Egypt was in total turmoil. The Pharaoh told Moses and his brother Aaron to get out of Egypt and to take with them all the Israelites whom he had kept as slaves and also to take with them their cattle and whatever they needed. With great haste the Hebrews prepared to leave Egypt immediately, fearing the Pharaoh would change his mind and stop them from leaving.

Because of the speed required, they could only take unleavened bread with them, called Matzo, which is an integral part of the Passover celebration even today. Perhaps more than any other item associated with Passover, Matzo is the best known and has been the brunt of countless jokes through the years.

Passover is always celebrated in the spring, since the Exodus of the Jews from Egypt took place in the spring, and is celebrated for 8 days (7 for Reform Jews); it always begins on the 15th day of the Hebrew month of Nisan. (In 2010, the first night of Passover will be March 29th.) The first day commemorates the escape of the Jews from the tenth plague while the remaining seven days mark their liberation from slavery and Exodus from Egypt.

In Israel the first and last days are considered legal holidays as well as holy days. Jews living outside Israel conduct the traditional Seder on both the first and second days of Passover. Seder means “order” and it is a carefully structured meal with symbolic foods and services that follow the steps outlined in a book called the Haggadah.

Seder is usually a very festive evening with children and adults participating in the service. Often, songs are sung, to the great enjoyment of little children. Seder has a long tradition in the Jewish religion and is very family-oriented holiday, with many cherished symbols.

What is Passover seder?