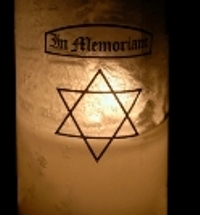 Sitting Shivah is a Jewish practice in mourning one’s death.

A family member has just passed away and you and your family have returned home after the funeral. Now is the beginning of a seven-day period of mourning in the Jewish tradition called sitting Shivah. What is Shivah? The custom originates from the verse in Genesis in which Joseph mourns Jacob, his father, for a week.
What is Shivah?

There are several ritual practices that make this period distinctive. The first of course is the seven days of mourning. But it involves mourning for any of the seven principle relatives: father, mother, brother, sister, son, daughter and spouse. The mourning is done by these seven principle family members. Others are allowed to participate, but they are not mandated by Jewish law.

When does Shivah Start?

The first day is the day of the funeral, regardless of when the funeral takes place. The morning of the seventh day is the end of Shivah, after the Morning Prayer service called Shacharit.

Sitting Shivah is prohibited by Jewish law on the Sabbath and on Jewish holidays.