What is Warner Brothers 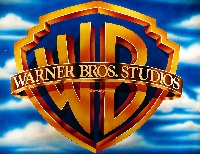 It may seem like sort of an odd question, in today’s media-centric world, to be asking a question like “what is Warner Brothers?” The fact of the matter is that as big an industry as the television and movie industry is, there are very few people that haven’t heard that name.

What exactly Warner Brothers is might be something that there is generally more of a vague understanding. Most people know they have something to do with the entertainment industry, but they may not realize that the company is specifically a television and movie production company that actually owns its own studios.

The company is one of the oldest movie and television production companies in the United States. It got its start in the first “golden age” of the entertainment industry and has led the charge into the new golden age. What was once simply a small time movie studio has turned into an entertainment giant that produces some of the most popular movies and television shows of the last century.

The company wasn’t always the juggernaut it is these days. The tale starts on April 4, 1923 when the actual Warner brothers decided to incorporate their small movie company. The original group was made up of Albert, Sam, Harry and Jack. Four years later, the company made a big splash with the release of its first “talkie,” the Jazz Singer. Once this movie met with success, the company began to really get rolling. Now, almost 100 years later, the company is known as one of the most successful movie and television production companies in the history of the world.

The studio used to work specifically on producing big screen productions. It has moved into transforming those big screen pictures into films that people can watch from the comfort of their own living rooms. DVD and Blu Ray discs have become the norm when it comes to home entertainment and Warner Bros. has joined the rather crowded field.

The firm has also been known as rounding up a “stable” of actors from every generation that any other studio and production company would drool over. If there is a big name actor or actress that you have an interest in, its a safe bet that they worked for Warner Bros. at one time or another. While the business has changed so that the talent generally doesn’t work for just one company, most of the biggest in the business have made at least one picture or television series for the company.

Despite rather humble beginnings, it has become quite clear that the Warner Bros. were astute businessmen who managed to put together a firm that has lasted longer than almost any movie production company that has come before or after it. The latest count for the company has it producing more than 61,000 hours of programming. That number encompasses more than 6,500 feature films and 3,000 television programs. Thanks to those 3,000 television programs, the company has managed to produce tens of thousands of individual television episodes.

Before you continue reading about the What is Warner Brothers there is a special announcement we would like to share with you. Catalogs.com has negotiated special medicare rates for our vibrant community of seniors. If you are over the age of 60, you can head over to our Seniors Health Section which is full of information about medicare. All you need is your zip code and a few minutes of your time to potentially save 100s of dollars on your medicare bills.

It’s a safe bet that when Warner Bros. was first incorporated, the actual brothers never even envisioned that there would be television programs to produce. There was no such thing as a television when the company was first created. The fact that it was able to adapt and enter a market that didn’t exist during its inception is one of the reasons the firm has managed to hold such a lofty place among its peers for this a time period. The true answer to the question, “what is Warner Brothers,” is that it is one of the most influential multi-media empires that the world has ever seen.