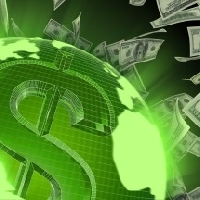 There are secret tips and tricks many investigators have found to get the best deals on the internet by using stealth and timing. These strategies can focus on time of day, day of the week and seasons or months of the year. Follow along as we explore and save.

The old idea that Tuesdays are best for buying airline tickets has been overturned by machine-made pricing decisions. According to Time, Thursdays hold the edge now, with Wednesdays also recommended for domestic flights and Mondays for international travel. The wisest advice is to avoid buying on Sundays and to book far ahead.

As with all seasons, look for items used during the ones you’re not in, and during the one you are exiting soon. Winter may be the best time to save on camping, pool and sporting gear, but you’ll also want to look for coats, boats and air conditioners. The end of summer offers the most money off, not surprisingly, patio furniture, fans and barbecue grills.

Look for men’s fall suits at the end of fall (likewise again after spring), if the style is one that won’t be subject to immediate change. Men’s styles, of course, change more slowly, but you can throw together a list of basics you’ll need at all times, and look for deals in those.

January is still good for household linens, as the month’s white sale tradition continues, but deals for carpeting and furniture also show up. It’s also good for leftover holiday items and especially gift cards, as people unload ones they don’t want to spend. Motorcycles and suits are other favorites.

February brings, besides unbearable cold, hot sales on televisions and home theaters once Super Bowl fever has passed. March is the best time for golf clubs and luggage. April favors us with sneakers and cruises, both things you might like for the upcoming season. May’s deals include office furniture and refrigerators. June seems best for tools and gym equipment (and memberships). Overall, spring is right for browsing for cookware and electronics such as digital cameras.

Summer seems a favorable time to hunt for computers. July has sales on furniture and home decor. August is rich in deals for linens, office furniture, children’s wear, and swimsuits.

In September, appliances such as air conditioners and fans wind up lingering in warehouses. November revisits televisions and electronics, as does December. Black Friday and Cyber Monday give you those nail-biting thrills of waiting for exactly what you want to hit a steep price drop. Holiday sales often vie for your attention during the crazed days of the year’s last month.

If you’ve been comparison shopping online all year, you’ll know whether these sales are really good, or give you what you’re looking for.

Don’t forget to create wish lists and alerts, and to sign up for email from your favorite sellers. Flash sales pop up all the time, some limited to days or hours. Not that an impulse purchase may be the best idea, but if there’s a brand you know well and have your eye on, a quick response may be what gets you the exact thing you’ve been dreaming of.

There are, of course, dedicated apps for brands, wish lists and web stores. A simple search will get you a very long list of them. Their alerts may be distracting, or welcome on a slow day.

Remember, the best time to buy anything is when your sixth sense tells you you’re getting a good deal. The next best time is when you know you have to have it.