Why do British movies look different? 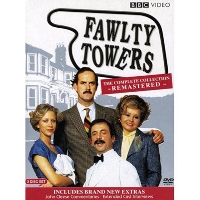 Why do British movies look different? British movies reflect different techniques and budgets than American films. The British favor natural light over artificial and they usually don?t have the money Hollywood spends for the most expensive cameras and lenses. But where the difference between the two countries shows up most are in their television programs.

Some points to remember

Before you continue reading about the Why do British movies look different? there is a special announcement we would like to share with you. Catalogs.com has negotiated special medicare rates for our vibrant community of seniors. If you are over the age of 60, you can head over to our Seniors Health Section which is full of information about medicare. All you need is your zip code and a few minutes of your time to potentially save 100s of dollars on your medicare bills.

This article discusses video tape and film, both of which are giving way to digital recording. But most of what is on DVD now first originated on video or film and was then put on a disc. If the original film or video deteriorated before it was committed to a DVD, viewing suffers. Look first for remastered movies or television programs.

And, even with that, because of different standards and practices, past British movies and programs will will always have a different look.

American and British broadcasting standards are different and have been for a very long time; viewing British shows on American televisions and vice versa means a loss of quality. The PAL standard that Britain uses records video tape at 25 frames per second. American equipment, though, uses the NTSC standard which produces 30 frames per second. It?s an inherently bad mix with converting equipment needed to make video watchable in both countries.

Quite frequently the BBC did not have the budget for film work, never-the-less, few would argue about the success of Monty Python, Doctor Who, or Upstairs Downstairs. Quality content is always king.

You left the light on

Film experts argue over lighting differences between American and British film and television production. Some say the BBC and other groups favor natural light for artistic reasons, others say smaller budgets keep U.K. productions from chasing shadows as Hollywood does.

The natural outdoor light in Britain is of course very different, too, than the Los Angeles basin and Hollywood. While you can expect every episode of CHiPs or Baywatch to enjoy bright and sunny weather, producing English outdoor scenes can never guarantee the same results.

Colorists are little known outside the film world. These people work on film and video the way still photographers work on single images. Colorists check for correct exposure, add filters, and make sure there is tonal continuity throughout a work. Ever seen daytime made to look like night? That?s what a colorist can do. And it seems there are differences in such workers between Hollywood and Britain. Just as a magazine must always keep its own ?look?, so there are colorist requirements and traditions which keep the look of British and American productions different from one another.

Why do British movies look different? Most significantly with television shows, I hope I?ve outlined some of the minor and major technical reasons to explain why. What differences do you see?