Why do languages change? 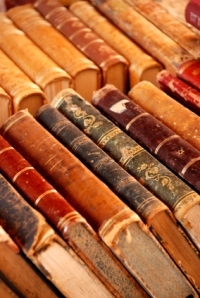 Why do languages change? It may have something to do with the fact that people move around the planet; are separated from people that they once knew; that different experiences forced people to come up with different nouns, verbs, and pronouns. That as social status became more important, new ways of describing the social status became important.  But the change in language is largely about the change in pronunciation. Those are some of the notions that come to mind; but let’s see what the prevailing theories say.

The View of Language Decay

Before you continue reading about the Why do languages change? there is a special announcement we would like to share with you. Catalogs.com has negotiated special medicare rates for our vibrant community of seniors. If you are over the age of 60, you can head over to our Seniors Health Section which is full of information about medicare. All you need is your zip code and a few minutes of your time to potentially save 100s of dollars on your medicare bills.

The main flaw with this view is that while certain parts of speech may have dwindled, other parts have taken their place. Particles and auxiliary verbs have become more important. Furthermore, anything that can be expressed in the ancient tongue can still be expressed today. The precision of modern language is well known, and the ability to add nouns, verbs, adjectives and other parts of speech to enhance the sentence is well established.
~
Natural Process in the Simplification of Sounds

The next theory, proposed in the late 19th century, is one of natural process. The Neogrammarians stated that language changes are automatic and mechanical, and cannot be observed or controlled by the speakers of the language. A language is a collection of sounds that reflect an idealized version of the pure sound of the words. What sounds like a single “sound” to a human ear is actually a collection of similar sounds. The Neogrammarians called these similar sounds the low-level deviation from an idealized form. They argued that language change is simply a slow shift of the idealized form by small deviations.

Does this explanation work? The problem here is that without reinforcement, the deviation might go back and forth and cancel out any change. So a modification to this theory occurred by adding reasons for reinforcing the deviation such as simplification of sounds, or children imperfectly learning the speech of their parents.

The simplification of sounds operates on the view that certain sounds are easier to pronounce than others, so the natural tendency of the speakers is to modify the hard-to-say sounds to easier ones. The problem with this is that since not everything in a language is hard-to-pronounce, the process would only work for a small part of the language, and could not be responsible for a majority of sounds changes. Simplification does exist, but using it as a reason of language change is too subjective to be scientific.

The last theory advanced during this century is a social one, advocated by the American linguist William Labov.  His scientific conclusion was that at the beginning a small part of a population pronounces certain words that have the same vowel, differently than the rest of the population. This occurs naturally since humans don’t all reproduce exactly the same sounds.

However, at some later point in time, this difference in pronunciation starts to become a signal for social and cultural identity. Others in the community who wish to be identified with the group either consciously or unknowingly adopt this difference, exaggerate it, and apply it to change the pronunciation of other words. If given enough time, the change ends up affecting all words that possess the same vowel, and so that this becomes a regular linguistic sound change.