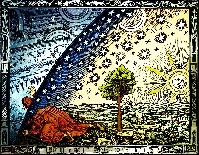 Spring Equinox Traditions and Holidays from Around the World

Spring celebrations date back thousands of years to ancient and pagan rituals that marked the Spring Equinox, the changing of seasons, the time when the sun began to tip the scales against darkness, a sign of renewal, rebirth and fertility, and for agricultural communities, a time for planting. Cultures around the world continue to celebrate spring, and these festivals and traditions are replete with ancient symbols and superstitions.

In Egypt, the festival of Isis occurred during the spring equinox as the waters of the Nile began to rise.  The tale of Isis and her love Osiris is a story of darkness, resurrection, and rebirth.

In Europe, early pagans and Germanic tribes were known to celebrate spring with feats and festivities in the name of Ostara, a Germanic goddess of spring, renewal and fertility.  The name Ostara is believe to be the origin of the word Easter, the Christian holiday in celebration of spring.

In Ireland, St. Patrick’s is celebrated for his role in bringing Christianity to the Emerald Isle.  Thus it is no coincidence that March 17th (just before the Spring Equinox) is noted as Saint Patrick’s Day.  Saint  Patrick’s Day celebrations are closely linked to the pagan celebrations of Ostara.

The festival of ?No Ruz? is an Iranian celebration of the spring equinox.  The name ?No Ruz? actually means ?new day.?  According to the Iranian calendar, the new year actually begins on the day of the equinox.  Iranians typically celebrate ?No Ruz? with outdoor picnics, house cleaning and domestic tasks.  No Ruz has roots in Zoroastrianism, the ancient religion of Persia.

An ancient Buddhist holiday of Higan, or Higan-e, is observed for a week in Japan during the equinox.  Higan is a national holiday, also known as the Festival of Imperial Ancestors.  Translated, the word Higan means ?other shore? and refers to the spirits of the dead reaching Nirvana and enlightenment after crossing the river of human suffering.  The holiday is typically spent paying respects to the dead, cleaning and decorating graves, reciting Buddhist prayers, leaving offerings, and welcoming spring.

Regardless of whether you celebrate spring by participating in any of these ancient cultural rituals or holidays, the season offers time for reflection, basking in the warmth of the suns returning rays, enjoying the lengthening days, sowing seeds, planting gardens, and cleaning, in order to prepare for a new season.