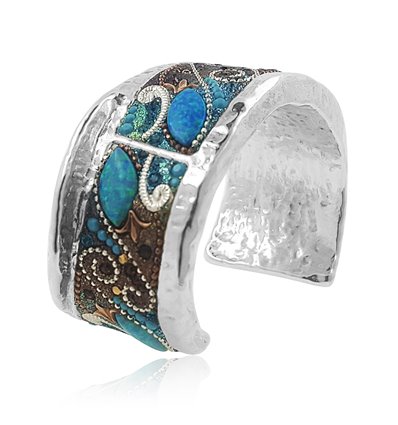 The purpose of wearing jewelry is to accentuate a look that we think really shines. We want to show off our individual styles by wearing a certain style of clothes while also sporting some accessories that help us feel like we’re walking on the catwalk of the red carpet at our favorite movie premiere.

One way we can show our individual style when it comes to accessories and jewelry is turning to a store that is able to make custom jewelry pieces.

While we normally have a preconceived notion of what certain pieces of jewelry are supposed to look like, the fact of the matter is that we can make whatever we want if we have the imagination and the means. There are times we want custom pieces; we also want to look as though we are wearing something that our favorite actors or musicians might wear. These days, we can even wear pieces that our favorite actors and musicians have designed if we know where to turn.

Avianne and Company is one firm that deals in customer jewelry and has aligned itself with celebrities who have designed pieces that better illustrate their own style. These pieces can also be purchased by the general public, if they have the money to do so. Among the celebrities that have put together their own designs are Lil’ Wayne and Lil’ Duval.

Lil’ Wayne’s most famous piece at this particular store is a diamond encrusted pendant that has a housing in shape of a skateboard. This piece shows off that the rapper loves to have a little bling accompanying him wherever he goes, but also loves some of the simpler things like being able to get on the skateboard and pass a little time.

Other jewelry stores focus less on the custom pieces that are designed by the celebrities and more on the custom pieces that are designed for the celebrities. There are a couple of different locations that have had their work featured in dozens of magazines and films and television shows. Melinda Maria is one such company that has worked extensively with some of the world’s hottest stars to make sure that they are wearing something that helps them look as good as they possibly can.

Stores like this are special because they put out pieces that are worn by some of the wealthiest individuals in the world, but they also have pieces that those of us who live on a budget can afford as well. Melinda Maria will also make custom pieces if the last Oscar winner decides that they want something that is truly unique to them.

Finding a store that works this closely with celebrities in order to design their jewelry can be a bit of a difficult task. Some celebrities want to keep this sort of relationship under wraps in order to make sure that they diamond in the rough they have found, remains a bit of a secret. While Avianne has been allowed to advertise the work they have done with celebrities, other stores value a sense of privacy and secrecy when it comes to working on custom designs.