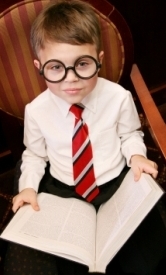 Did you miss the clues?

I’ll mention before you even start reading, this article is full of spoilers galore so be warned! If you haven’t read the Harry Potter books yet, you may find out more than you want to here.

Before the final book in the Harry Potter series, Harry Potter and the Deathly Hallows, came out, there were many clues for harry potter 7 out there for those who paid close enough attention.

For years, it was looking more and more like Harry’s Potions professor, Severus Snape, was just plain evil. From the very first time he spoke, he was downright nasty to Harry. It looked like he had it out for the boy. However, each time Harry and his friends were convinced that Snape was at the bottom of some plot to kill Harry or wreak havoc at Hogwarts or commit some other terrible deed, Snape was vindicated in the end.

The hints were there for those who read them. Dumbledore always stood by Professor Snape, Harry; no matter how guilty Snape appeared to Harry. That alone should have said something. However, Snape just seemed so downright evil at times that Harry and others simply thought that Dumbledore had it wrong. When Snape killed Dumbledore, all of their suspicions were confirmed. Obivously, Snape was a bad guy. How could it be otherwise?

Harry saw Snape kill Dumbledore with his own eyes! Harry saw the look of revulsion on Snape’s face as he looked down at Dumbledore just before doing the deed. In fact, that look was one of the hints that Snape was not, after all, a bad man. Snape was revulsed not because he hated Dumbledore, but because he was disgusted by what Dumbledore, the only living person he truly loved, was asking him to do. Snape was revulsed by the thought of killing his beloved father-figure.

Just before this happened, Dumbledore was pleading with Snape. “Severus, please!”  The pleading, the look of revulsion and finally Snape killing Dumbledore. It was obvious that Snape was the bad guy that Harry always thought him to be. Too obvious. It was that obviousness itself that was the greatest hint. J.K. Rowling is a brilliant author. There’s simply no way she would ever have been that obvious.

There were also hints that Severus was in love with Harry’s mother, Lily. From the very beginning there were clues for harry potter 7 that we were going to find out that part of Snape’s hatred of Harry was directly related to his love of Harry’s mother. I thought that it was obvious for several books that Snape had loved Lily. I also thought that it was obvious that he hated Harry because he looked so damned much like his father, the man who had taken Lily away from Severus Snape. Harry was the son who should have been his.

Even I could never have predicted though that Severus had known Lily as a child, from before she even found out that she was a witch. I could never have predicted that when Harry’s Aunt Petunia blurted out the fact that she knew of Dementors and said that she’d heard “that boy” telling Lily about them, that she’d been referring not to Harry’s dad James, but to the child Severus Snape.

The one part of that whole scenario that I missed was Severus’ patronus. I thought it belonged to Ginny. Even though Ginny had had a different patronus, we knew that they could change from traumatic events, and I thought that Ginny had gotten the sword and given it to Harry. I missed that one.

I also missed some of the hints that Harry himself was a horcrux. Looking back, it’s clear that Rowling had this planned from the beginning. There were multiple looks of either concern or victory on Dumbledore’s face throughout the books that gave clues that Dumbledore suspected. There was the extreme pressure and reluctance that Dumbledore clearly felt at involving Harry, yet doing so anyway, knowing that ultimately the boy he loved so much would have to sacrifice himself in order to finish Voldemort.

I didn’t miss other clues for book seven though. There were hints before Harry Potter and the Deathly Hallows came out on other subjects.

I knew beyond a doubt that Serius Black’s brother Regulus was the mysterious RAB. He had the correct first and last initials, he had an uncle whose name started with an A, and he knew Voldemort personally. The note in the fake horcrux locket made it clear that Voldemort knew the writer; that Voldemort would know who RAB was when he read the note.

We already knew that Regulus had been a Death Eater who had left the group and that Voldemort had killed him for it. We even saw the locket. When I first began to suspect that RAB was Regulus Black in the sixth book, I went back through book five like a madman until I finally found the part telling of the locket in the Black house – the locket that Regulus Black had placed there, the locket with the ornate “S” on it…Slytherin’s locket.

The interesting one for me is Dumbledore’s brother, Aberforth. I’ve known for years that the barman at the Hog’s Head was Aberforth Dumbledore, but I’ve looked and looked through the books and for the life of me, I can’t figure out how I knew.

Another one is the fact that Dumbledore was gay. The clues were certainly there, but I didn’t catch them at all. Looking back now, I can tell, but at the time it blew right over my head.

One of the best children’s books of all time, the Harry Potter series provides never-ending entertainment. The Harry Potter books are done now, most likely for good, but the brilliant Rowling has speckled so many subtle hints and clues throughout the entire series that reading it over and over again will be enjoyable for years to come!