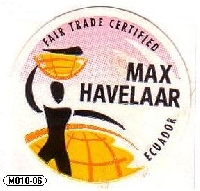 How to identify fair trade products: consumers can make a world of difference

In essence, fair trade is an organized and monitored system of exchange that honors both producers and consumers, global communities and the environment. Fair trade has become a model of global exchange rooted in justice, sustainability, and improved working conditions in developing countries.

Fair trade is a business movement and a social movement focused primarily on key exports purchased from developing countries and sold to developed countries. Various fair trade organizations carefully monitor the prices developed countries pay to purchase goods from international developing countries. These prices must never fall lower than market price, in order to ensure that poorest and weakest producers are not discriminated against or treated unjustly in the global market system.

Some common examples of fair trade products include handicrafts such as hand made jewelry, artwork, decor and apparel, food products such as cocoa, sugar, coffee, tea, fresh fruits, flowers, wine, cotton, leather, as wells as specific minerals, gems or natural resources such as gold, silver or even amber.

The earliest history of the fair trade movement dates back to the second UNCTAD conference (United Nations Conference on Trade and Development) held in Delhi in 1968. The principle message identified during this conference was ?Trade Not Aid.? The fair trade movement, (initially known as alternative trade) gained success through the 1970s and 80s.

By making the responsible choice to purchase fair trade products, consumers can help to improve environmental, social and economic factors in developing countries. In other words, by purchasing international products wisely, consumers can have a hand in helping third-world communities and artisans to earn a living wage, improve their economic status and afford food, shelter, clothing, education and medical care, ultimately gaining more control over their futures.

How can you identify whether a particular product is produced by a fair trade company? Typically, importers and retailers are screened by various fair trade organizations such as Fair Trade Federation, TransFair USA, and the World Fair Trade Organization. These organizations eliminate the middle men from the export/import process, and monitor pricing.

However, it wasn’t until the early 1980’s that concept of fair trade labeling was born. A priest who was working to export coffee from small coffee farmers in Mexico and sell the product to Dutch church-based import company, first conceived the idea of a Fair Trade label. He believed that clearly labeling products that were imported, exported, bought and sold respecting fair trade conditions would help those products to stand out in the global market place.

The ?Max Havelaar? label (named after the priest) was established in the Netherlands in 1988. This label became the very first fare trade label, which served to boost coffee sales.