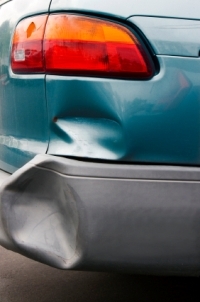 Explore these methods to fix your car dent.

Nothing is more aggravating than finding a dent in your car. While large dents require professional attention, the good news is that smaller dents can be fixed with minimal time and expense. While not all dents can be fixed at home, it is worth a try to save yourself the hassle and expense of taking your car to a body shop. Coupled with patience and attention to detail, the following tips are all you need to fix your car yourself.

How to Fix a Car Dent

The tools you will need are available in car dent kits if you do not already own them. For a more advanced handy-person, see what automative machine tools are available.

Before proceeding, wash the area around the dent thoroughly to remove any dirt and debris.

While the above method is the most professional, it’s not the only way to go about fixing a car dent. Read on to learn about these lesser-known alternatives.

Dry ice has a much lower freezing temperature than regular ice; placing dry ice on a car dent causes the metal to contract and pop the dent back into place. All that’s required is to touch the ice to the dent for a few seconds and repeat until the dent is gone. When fixing care dents, some car fanatics swear by this method while others will argue that if the conditions aren’t perfect you can inadvertently cause more damage. Careful research should be done before adopting this method.

Heat the dent with the hair dryer and then use an air duster to coax it out.

Whichever method you choose when fixing car dents, make sure you have the time and the tools required to complete the job. Fixing car dents properly takes patience and attempting the job without the proper tools can result in more damage ? only postponing the trip to the body shop and potentially increasing the price you’ll have to pay to fix it.