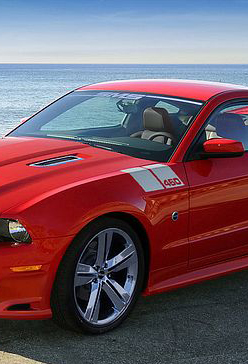 Discover one of Ford’s largest and most powerful engines.

The history of the Ford 460 engine spans almost 3 decades. My father used to have a 70s-era Lincoln Continental with this engine and let me tell you, it was a monster!

First used in 1968, this engine would see a massive change in 1973. This change would both alter and damage the ford 460 history forever. It was at this time that the first gasoline crisis occurred. As a direct result, the horsepower of this formerly powerful engine would go from 365 to a paltry range from 208 to 275. Still, this didn’t keep the engine from having its uses.

In ’73 and ’74, this engine was used in police interceptors, cars whose engines are specifically chosen for their power.

When the pilot was shot for the ’70s hit TV cop show Starsky&Hutch, a 400 was used for the ‘car star’ of the show, a Ford Gran Torino; but in 1976 the car was replaced with a new model that carried the beefier 460. Technically, there were multiple cars used in the show, all made to look identical, but each carried the 460 after the first season. The producers wanted a powerful motor that was up to the grueling task of constant chase scenes filmed for the show, and the 460 was the one they chose.

The Starsky & Hutch Gran Torino was hardly the only muscle car to use this engine. In fact, it’s still a favorite for folks building 60s and 70s-era Ford muscle cars. Unbelievably, some serious enthusiasts tweak this engine to put out more than 1,000 horsepower.

The Ford 460 in Recent Years

This beast of a motor was also used in many of Ford’s largest, most powerful trucks over the years. However, as with nearly all of the largest engines, rising fuel costs and demand for ‘greener’ vehicles would eventually cause its demise; in 1996, this engine would cease to be – at least in new vehicles.

Beyond any doubt, however, the ford 460 history has retained the engine’s well-deserved status as one of the most popular of all Ford engines.