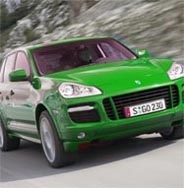 German cars scramble to keep up with the race to escape fossil fuels.

Typically, when one thinks of German cars, one doesn’t think of fuel economy.  German cars are known for having the finest engineering of any automobile world-wide; power fused seamlessly with class.  However, that power and class usually come at a high price, and we’re not just talking about the price sticker on the window.  We’re talking gas mileage.

Like any auto manufacturer today, fuel economy is on the minds of German automakers.  It has to be.  As miserable as our $4.00 per gallon gas is here in the U.S., German prices in recent months have soared over $9.00 US per gallon.

As with many other manufacturers around the world, such as Chevrolet here in the U.S. and Nissan in Japan, German automakers are considering eliminating the gasoline problem altogether by going electric. This would make German cars part of the “going green” movement.

BMW, one of the most respected automakers in the world, has unveiled plans to release a fully electric vehicle within the next two to three years.  The company hasn’t decided yet whether the car will be released under the BMW brand, or if it will create a new brand for this economy car.  This would parallel another German car maker, Mercedes Benz, when they created the Smart Brand, which went on sale here in the U.S. in early 2008.  That new brand has already seen great success.  While we’re on the subject of Smart, even this German car company known for its fuel efficiency and reasonable pricing is going electric with the Smart ED (short for Electric Drive).

German automaker Volkswagen is also working on at least one electric vehicle called the Space UP! Blue.  It is the third in a new series of UP! concept vehicles Volkswagen has unveiled at car shows in recent months.  No word yet on whether VW plans to put this or any other electric vehicle into production, but Italy’s clearly on their minds.

While not going full electric just yet, Porsche is leaning that way with a new plug-in hybrid.  The new vehicle will run for 40 mi on electric power alone before switching to gas.  Porsche and VW are working together on the engine, so expect models from both companies using this concept.  Porsche is also releasing a new hybrid version of its ultra-popular SUV, the Porsche Cayenne.

With the combination of extreme German engineering and a world wanting better fuel economy, it’s a near certainty that the next few years will see a massive shift toward fuel efficiency without sacrificing power and style.