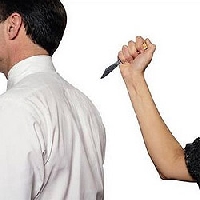 ?Love all, trust a few, do wrong to none.? –William Shakespeare

Before you can know how to build trust, you have to know what it is.

When you trust someone or something it is considered a state where unguarded interaction with that person or that thing occurs. According to Dr. Duane C. Tway, Jr., who wrote a dissertation called A Construct of Trust (1993), it is compose of three parts including the ability or capacity to have confidence in something or someone, the perception of competence and the perception of intentions.

Some people are unable to count on others or don?t have faith easily because something has happened in their life that has made them wary of other people. Perhaps they were hurt by someone they believed in, such as happens when a child is abused by an adult they relied upon.

When a person is clear that the intentions of the other person, including his decisions, words, actions, mission and direction are mutually serving to both parties rather than self-serving this leads to reliance, according to Dr. Tway.

When you live and work in a culture where you have faith your family members, your friends, co-workers and your boss this generally creates positive expectations.

?One must be fond of people and trust them if one is not to make a mess of life.? –E.M. Forster

When a person has faith in another person he is allowing himself to be vulnerable and this can be scary. You believe that the other person does not take advantage of your vulnerable state or your weaknesses.

When a person relies on another person he can predict what that other people will do in different situations. When surrounded by trustworthy people it is a safe place.

When a person has confidence in and truly believes that the other person is reliable this results in feelings of love, friendship, comfort, relaxation and agreement. You believe that your spouse will not cheat on you.

You are confident that the police officer will do his job and find the perpetrator. You believe that your children will make the proper decisions when they are not with you.

Of course, trust is often betrayed and must then be regained.

Sometimes we confuse friends with foes and believe in the wrong person. It is far better to know who the enemy is than have a friend who was considered reliable but is not. Most people prefer a semblance of predictability in their life and would rather know in advance who is apt to back stab them rather than getting an awful surprise, finding out that their friend has betrayed them.

?Be just to all, but trust not all.? –Traditional

People that are not reliable obviously can?t be counted on but sometimes it takes a while to figure this out. When an individual views everyone — family, friends, co-workers?as competition and he must win at any costs this can lead to unacceptable behavior.

When a person tells you that, he, they will dog sit your hound on Saturday and then forgets to show up this is a person who does not stick to his word or his commitments. You can?t rely upon someone with this character, particularly if they have repeatedly let you down.

There isn?t a person alive who hasn?t been blindsided at one time or another by someone they mistakenly thought was worth believing in and wasn?t. It is painful and crushing when you find out you have been betrayed.

How does a person go about building confidence if they have been betrayed by those they believed in the most? It isn’t easy.

HOW TO BUILD TRUST

When you believe in someone there is an absence of suspicion based on that person?s track record. He has always been reliable so why wouldn?t he be now? You are confident he is to be relied upon. Of course, sometimes a person you depended on falls off the rails and does something uncharacteristic and ends up betraying another. It happens.People make mistakes.

As a result, a betrayed person may begin to think that all men or women or bosses are going to betray them in the future. This isn?t necessarily true. When betrayed a person may become overly protective and refuse to have close relationships in fear of being betrayed once again, which isn?t healthy.

?To be trusted is a greater compliment than being loved.? George MacDonald.

Show that you are committed to your relationship or work by keeping your promises, being true to your word and by persevering. Be fair and loyal. Help others and be fair.

Let the people in your life know that you expect them to be reliable just as they expect you to be.