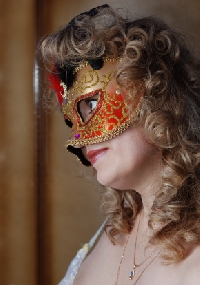 A historic art form is alive and well today

Today there are so many kinds of entertainment that it’s unlikely that the first thing occurring to someone on a dull weekend is, I really need to go to the opera. Opera to many people smacks of something snobby: rich people dressed to the teeth, arriving in limousines, speaking a stuck-up language that’s part Italian, part French, part German and mostly nonsense, staring at a bunch of overdressed, screaming singers until they fall asleep in the middle of it all. Opera’s a joke, or rather a whole bunch of jokes: the wife wants to go, the husband doesn’t, the so-called hero and the so-called heroine are supposed to be young kids in love.

The point is to understand an art form that puts a lot of popular entertainment in its debt, especially in the United States. We’re talking real entertainment here: costumes, characters, a story that sticks to your ribs and music that goes right to your heart.

In some measure opera has earned its snobby reputation by appealing most immediately to people already versed in classical music and maybe in foreign languages. With the sets, the costumes, the big space it takes to perform, it’s expensive, too. It always was, which is why in the beginning opera was presented only in royal and noble houses.

In the 16th and 17th Centuries, royalty and nobility sponsored all kinds of artists, including musical composers. After all, unless the king was on his deathbed and the country was at war, life for wealthy nobility was remarkably dull. Servants did all the work, and entertainment was worth a fortune. If you wanted art, someone had to paint it. If you wanted music, someone had to write it and sing it.

Scholars studied the Greeks and the Romans. But for wealthy nobility education meant learning how to handle weapons and soldiers, behave correctly at church and the royal court, then perhaps some bits of classical learning.

The teaching that lasted best was the fund of mythology and legend, stories of heroes and warriors, love and death, magical animals and mysteries. To find someone able to mix the magic of myth with music was extraordinary. Ambitious composers like Handel, Bach, Monteverdi, Scarlatti and Pergolesi sought noble patronage to compose church music and often repaid their patrons with more secular entertainment. These were often somewhat static pieces performed in noble houses and based on classical themes.

Beginning in the 18th Century and continuing strongly into the 19th, opera became a much more popular artform. The first public opera house was built in Venice in the 1630s. By 1641 Venice had four opera houses and building began in other Italian cities. As opera spread through Europe, non-noble customers had the same complaints as today: stories were old and boring, all singers did was sing and you couldn’t understand them.

Composers in Italy, France, Germany and other countries met the demand for new operas, drawing on local languages, folk music and dances. They combined dialogue with music and required performers to act as well as sing.

There are several things you can do before you go to an opera to  make sure you have a good time: